“Why shouldn’t mom and pop retail investors be allowed to invest in private offerings? Why should I, as a regulator, decide what other Americans do with their money?”

A no-nonsense model for promoting diversity 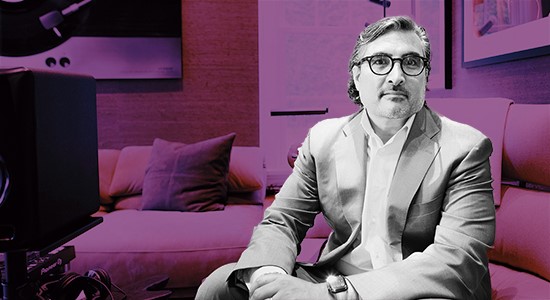 Sonny Kalsi, a heavy hitter from the world of private real estate, is implementing a hiring policy that stipulates that 66.7 percent of all incoming hires at BentallGreenOak, the $48 billion AUM firm he runs, be minorities or women, sister publication PERE reports.

“Two out of every three job opportunities, at a minimum, are going to be filled by highly skilled women or professionals from under-represented groups. And, if we don’t meet our objectives, we’re going to ‘penalise’ ourselves,” he tells PERE.

The penalties would take the form of money from the bonus pool being redirected to various charities to which the firm already donates, such as the Equal Justice Initiative and the United Negro College Fund. The size of the self-imposed fine is not stipulated, so we don’t know how big the “stick” is, but at the very least there is a line drawn in the sand. Employees and others will know if it has been missed.

Kalsi notes there is much more to promoting D&I than hiring: “The most significant investment of time and resources in BentallGreenOak’s action on diversity will be made in training, mentorship, leadership development and support mechanisms that identify and eliminate systemic behaviours and barriers to progress. We have to look past the ‘foot in the door’ goal and think about how diverse talent in the company can thrive.”

There has been much hand-wringing and many a conference panel debate on how private capital firms can push diversity and inclusion. Inequality within the industry is often framed as a complex problem. BentallGreenOak may well have come up with an elegantly simple solution.

What Ravi did next

Followers of L Catterton Asia may have been wondering what founder and chairman emeritus Ravi Thakran would do next. He showed his cards somewhat during a webinar in July, without giving too much away. He has now popped up at nascent growth equity firm Venn Growth Partners (subscribers to sister title Buyouts can read more here). We doubt that’s the end of the story, though; the Venn position is only part-time.

Don’t worry. It doesn’t mean you won’t raise capital from this European investor. But you will have to show willing.

Here are the PEI stories that you spent the most time with last week: