The Abraaj scandal is already affecting the way banks approach fund finance, Proskauer partner Nigel van Zyl told the Invest Europe CFO Forum 2019 in Valencia (pictured). “Any allegation of wrongdoing by a small group of investors can trigger an accelerated payment of the bridge facility,” he says – as can any allegation of wrongdoing by a key person. “Banks want a much stronger contractual nexus between lender and investors.” If you are negotiating at the moment, good luck.

Here’s what else we heard:

Former Advent International partner Andy Dawson and ex-FTSE 100 chief exec Richard Baker have set up bd-capital to invest in mid-market Europe. Describing itself as the “next evolution of operationally-led investing” on its website, it’s banking on the partners’ operational expertise and networks to help businesses grow. The firm’s “operators’ club” includes former senior execs of Esprit Holdings, PepsiCo and Spanish food retailer La Sirena. The first-time manager is in market with its debut vehicle, PEI understands, although the target is unknown.

Co-investment performance needs another look. In the final instalments of our co-investment deep dive, we turn to the data to explore whether the strategy is really the alpha generator some claim. CEPRES president Christopher Godfrey shares the benefits of co-investment in portfolio construction and risk hedging, while research from Harvard Business School’s Josh Lerner finds substantial differences in experiences across LPs when it comes to performance.

Open to the public. Retail investors are being offered a larger chunk of Astrea V, the latest collateralised fund obligation from Temasek subsidiary Azalea Asset Management. Azalea has made roughly 22 percent of the total $600 million offering available to the Singaporean public, compared with around 18 percent of last year’s $501 million Astrea IV, which was 7.4x oversubscribed. Azalea also plans to expand its private equity product offerings for a wider investor base in future, according to a statement.

GP stakes shopping list. Research has identified the private equity firms most likely to benefit from the high amount of capital dedicated to GP interest strategies. Equistone Partners Europe, TDR Capital and Coller Capital are among the firms most suited to an investment, according to PitchBook’s Raising the GP Stakes. Firms with $10 billion to $25 billion of AUM that are eyeing a large step-up in fund size are the most likely to be targeted, given that partners could require additional capital to meet their GP commitment.

Elo there, PE. Elo Mutual Insurance Company increased its allocation to private equity from 7.2 percent in March 2018 to 9.3 percent in March 2019, according to the firm’s Q1 report. Here we chart the €23.4 billion Finnish insurance firm’s increasing exposure to the asset class. For more information on Elo and more than 6,700 other institutions, check out the PEI database.

“Being an effective CFO involves being a good acrobat, diplomat and doormat.”

HIG Capital European finance director Brendan Dolan on the role of the CFO at the Invest Europe CFO Forum 2019 in Valencia. 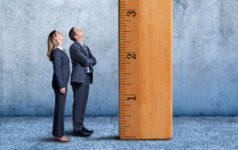 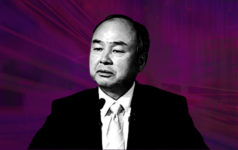 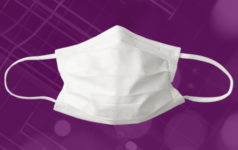 Side Letter: Coronavirus and consumer assets, EQT in Oz, the illiquidity premium