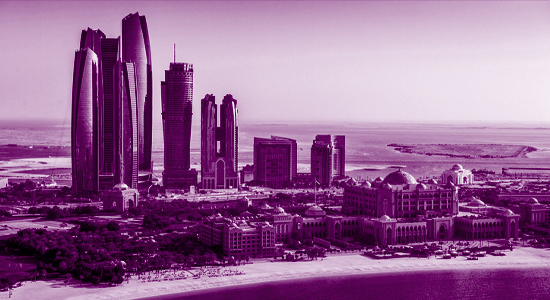 ADIA’s PE expansion
Abu Dhabi Investment Authority, the sixth-biggest investor in private equity according to the GI 100, remains hungry for the asset class. The $649 billion sovereign wealth fund said this morning it was increasing its allocation range to private equity yet again, this time to between 7 percent and 12 percent. The investor’s prior annual range had been raised to between 5 percent and 10 percent. PE is now the biggest asset class by targeted exposure.

In its latest annual report, out today, ADIA said:

KKR makes an impact
KKR has raised $1.88 billion for its impact strategy since launching Global Impact II. Its second impact fund has reached $1.34 billion, with a further $545 million in capital raised through “parallel vehicles”, according to an SEC filing.

Launched in June 2021, Global Impact II is a growth strategy seeking social and environmental impact alongside above-market rate returns. The firm, which has not disclosed the target, aims to reach a final close in spring next year, a source familiar with the strategy told affiliate title New Private Markets this month. KKR declined to comment on fundraising plans or progress.

The fund’s predecessor, Global Impact I, has been outperforming all the firm’s other live private equity funds, generating a gross IRR of 39 percent as of 30 June, KKR reported in a recent investor presentation.

Munich Re
One of Germany’s biggest LPs is bidding farewell to its head of private equity. Frank Amberg, a 15-year veteran of the investor, who also leads on infrastructure investments, is leaving Munich Re Group’s asset management unit MEAG for a new role in the asset class at a different firm, according to a LinkedIn post. Amberg helped build one of Germany’s largest PE and infra investment programmes, which comprises around 200 fund and direct investments collectively worth around €10 billion. “The rewards we are seeing today prove that we got it absolutely right,” Amberg wrote.In a 2020 roundtable with PEI, Amberg said he expected the German Mittelstand would finally provide PE buyers with ample opportunities in the coming years, catalysed by the pandemic. Firms including Brookfield Asset Management, eyeing more opportunities in the country, will be betting on Amberg’s predictions to play out.

Moonfare over €2bn AUM
To say that fundraising platform Moonfare is having a busy year is an understatement. It established an office in New York in January, followed by Singapore and Zurich in April, Paris in October and became open to UAE-based investors in July and to investors in India in September. Most significantly, its AUM reached €2.18 billion as of end-September, growing 87 percent year-on-year, according to a statement on Thursday. By number of investors, the platform had a 63 percent rise to 3,272, while the number of registered users was up 141 percent on the prior year, to more than 46,000.Broadening access to PE has been a dominant theme this year and this movement shows no sign of slowing down. For the Berlin-headquartered outfit, bringing down the minimum ticket and reaching a broader part of the population globally is its main goal. In Europe, it also plans to launch a European Long-Term Investment Fund, founder Steffen Pauls told PEI in May. This latest offering will have a €10,000 minimum buy-in, versus around €50,000 for Moonfare’s existing products, which include buyout and growth equity fund of funds portfolios.

IPEV guidelines amendments
The International Private Equity and Venture Capital Valuation board has published draft amendments to the IPEV Guidelines this morning, according to a statement. Key updates include ESG factors, valuing debt investments as well as seed, start-up and early-stage (pre-revenue/pre-earnings) investments, and considerations for GPs in times of market dislocation. Funds are increasingly being requested to communicate responsible investment practices and valuation impacts pertaining to ESG factors, so risks and opportunities from such initiatives and the ESG regulatory environment should be included in fair value estimates – to the extent they are deemed known or knowable –  according to the draft changes.