“We’ve certainly looked at [education] opportunities in China but stayed away from it because of some of the fears of regulatory impact that we’ve had on that.”

Partners Group chief David Layton said on Tuesday’s interim results call that although China remains important to its clients, the market has to be navigated “very carefully and thoughtfully”. 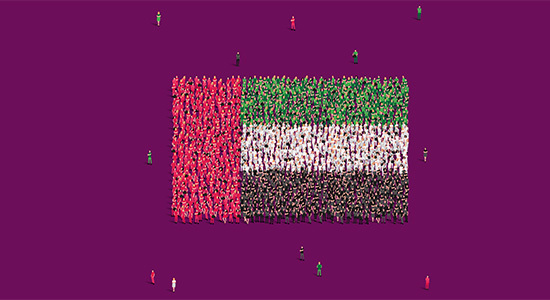 ADIA’s appetite
Abu Dhabi Investment Authority, fresh off its busiest year for private equity to date, is hungry for more. The sovereign fund – which manages an estimated $649 billion – raised its allocation band from 2 to 8 percent in 2019 to 5 to 10 percent last year, according to a Wednesday annual report. It follows 24 direct investments in 2020, up from 18 the prior year. More details on its investment activity here.

The move comes amid a broader push into the private markets, with its infrastructure bracket also jumping from 1 to 5 percent to 2 to 7 percent last year. It hasn’t all been smooth sailing, however, with its real estate team suffering a string of senior departures of late, our colleagues at PERE noted in May (registration required). The departure that month of Americas real estate head Gerald Fang left the fund with no permanent global or regional heads for the asset class.

Aware plots overseas voyage
Aware Super, Australia’s second-largest superfund with A$150 billion ($111.5 billion; €93.9 billion) in AUM that was formed from two mergers undertaken last year by First State Super, has confirmed its thinking with regard to overseas expansion in a recent conversation with our colleagues at Agri Investor.

Mark Hector, the fund’s senior portfolio manager for infrastructure and real assets, confirmed that Aware Super’s board had recently signed off a corporate plan to “seriously consider” opening offices outside Australia for the first time, most likely in Europe and North America. “The plan to open offshore offices will particularly help with private markets deployment, whether it’s infrastructure, property, private equity or credit,” he said.

It would also help the fund “get closer to the assets” in those jurisdictions, and help it to “find low-fee opportunities [via direct investments] rather than rely on managers”. With downward pressure on fees a common refrain from Australian funds thanks to the country’s regulatory settings, Aware Super might not be the only superfund casting its eyes abroad.

What premium?
How much of a premium do UK pension schemes expect from their illiquid investments? Not a huge amount, it seems. In a survey of 100 UK pension fund professionals by real assets manager Alpha Real Capital, 58 percent said they expect an additional premium of between 0.5 percent and 1 percent from their illiquid investments, and just 4 percent of respondents expect outperformance of more than 1.5 percent. Diversification was the primary draw, with just 8 percent citing an improvement in the available premium.

More UK pensions have begun embracing alternatives investing. In June, we reported that Nest, the UK’s largest workplace pension had earmarked up to 5 percent of its total assets for PE, equivalent to more than £1 billion ($1.4 billion; €1.2 billion). Still, there are some who believe that a change in mindset is needed for investments to take off at scale.

The robots are coming
Proponents of artificial intelligence have long espoused the potential benefits for PE adopters. A recent paper from professor Thomas Åstebro of HEC Paris Business School suggests the implications could be mixed. On the one hand, increased use of AI by PE/VC firms will greatly increase operational efficiency, eliminate junior-level tasks and those juniors themselves. It’ll also reduce travel and meetings, increase long-distance deals and diversify investment portfolios. However, it may also lead to a technological arms race and eventually cause an industry shakeout, leaving those unable to adapt at a competitive disadvantage.

The number of firms using data science to improve their dealmaking is rapidly growing, with EQT Ventures, Jolt Capital and Hg among the early adopters. You can read about the ways these tools are transforming the industry in Private Equity International‘s March Deep Dive.

Actis appointment
Actis, the emerging markets giant pivoting from PE to hard assets, has appointed Charles Daulon du Laurens as head of EMEA within its Investor Development Group, per a Wednesday statement. Daulon du Laurens will lead fundraising across Europe, the Middle East and Africa. He joined from InfraVia Capital Partners, where he was IR head, and has held similar roles with AXA IM – Real Assets Management and Idinvest Partners.

Further into fund finance
Carlyle has added another ESG-linked credit facility to its fund finance stable. The global private markets firm secured a €2.3 billion facility for its European PE and real estate platforms, as our colleagues at New Private Markets detail here (registration required). What you need to know:

The California State Teachers’ Retirement System has approved $1.25 billion-worth of commitments to three private equity funds, according to its September investment committee meeting.

CalSTRS has a 12.09 percent allocation to private equity. The pension’s private equity portfolio has a market value of $37.58 billion. Its recent private equity commitments have tended to target North American or global vehicles focused on a variety of strategies.

For more information on CalSTRS, as well as more than 5,900 other institutions, check out the PEI database.