What do you do if you want to write smaller equity cheques in disruptive tech businesses but your flagship fund is too large? Raise a dedicated, smaller tech fund. That’s what Advent International has done with its $2 billion haul for Advent Global Technology this week. The fund will typically split tech deals on a roughly 50-50 basis with flagship GPE IX vehicle, managing partner Bryan Taylor (pictured) tells us. The tech team is also eyeing cybersecurity – an area that Taylor describes as one of the existential threats of our time – as an attractive sector for deals.

Blackstone looks to be gearing up to raise its second long-hold PE fund and has registered Blackstone Core Equity Partners II, according to European regulatory filings. It comes hot on the heels of the firm collecting $26 billion in capital commitments for Blackstone Capital Partners VIII. Its first long-hold fund, a $4.8 billion vehicle, holds assets for at least 15 years. Fund I had deployed $2.5 billion as of 30 June, generating a 1.3x multiple-of-invested-capital and 14 percent net internal rate of return, according to the firm’s Q2 earnings.

South Korea’s PE market is attracting big bucks. According to investment advisory BDA, firms have deployed $9.8 billion there so far this year and are on track to exceed the $11.3 billion spent in 2015 – a decade high. Meanwhile, deal count has plummeted as managers spend more on fewer targets. Korea’s venture capital sector is also blossoming, with start-up investments up 44 percent year-on-year. With the market hotting up, PEI compiled this handy beginner’s guide to the country’s key players, hottest strategies and expected returns.

BC Partners’ bold move into European RE. European private equity powerhouse BC Partners took a bold step when it entered the real estate market a little over a year ago; it’s a frothy time for the asset class. But as head of the strategy Stéphane Theuriau – a veteran of the European real estate market – tells PERE senior editor Jonathan Brasse in this exclusive interview, the firm believes timing is irrelevant: its value-add proposition is strong, Theuriau’s track record is robust, and its high-profile first assignment managing Luxembourg City mixed-use development site Place de L’Étoile is a helpful start. The firm is understood to be in market with its debut fund.

Secondaries with impact. Impact investing may be a young strategy, but it’s old enough to have spawned a secondaries market. In an interview with Secondaries Investor, Scott Barrington, whose firm North Sky Capital just raised $220 million for the strategy, said there is more than $90 billion of post-2008 impact, ESG and healthcare assets. Discounts tend to be big, too, at 30-40 percent of net asset value.

PEI senior reporter Rod James will be in Hong Kong next week meeting various secondaries folk and would love to catch up. Drop him a line if you’re there and fancy a coffee chat.

Angel investments. Los Angeles Fire & Police Pension System has approved $30 million in private equity commitments. The public pension has a 12 percent target allocation to private equity that stands at 10.2 percent. Below is a breakdown of the $23.71 billion institution’s total investment portfolio. For more information on LAFPP, as well as more than 5,900 other institutions, check out the PEI database. 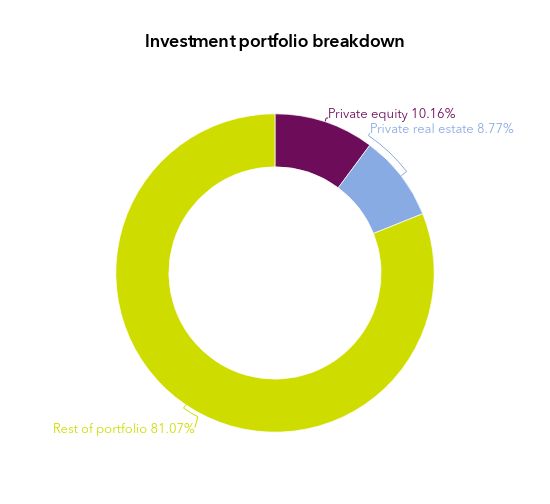 “Try to identify the lipstick on the pig. Many managers, many strategies are like beta in disguise.”

Dominic Garcia, CIO at New Mexico Public Employees Retirement Association, talks about the investment philosophy he learnt at State of Wisconsin Investment Board in a podcast with CIO Magazine.