“Why do we focus on diligence primarily over data collecting and monitoring? Well in the private market due diligence is our core competency, it is what we do.”

Mike Langdon, director of private markets for the Oregon Treasury, outlines plans to develop a quantitative assessment to evaluate a manager’s application and integration of ESG and DE&I factors on affiliate title Buyouts (registration or subscription required). 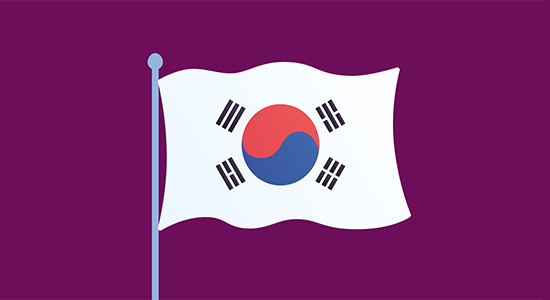 Put to rights
A recent decision by the ICC International Court of Arbitration in Paris could have profound implications for minority shareholders the world over. A tribunal last week ruled that a put right enabling a consortium of private equity firms to sell their shares in Korea’s Kyobo Life Insurance back to the company’s chairman was indeed valid. The group, which is led by Affinity Equity Partners and which has owned Kyobo since 2012, had been in arbitration with Kyobo since 2019, after its chairman argued that the put right was invalid and hadn’t been exercised correctly.

While the dispute remains ongoing – the consortium and Kyobo’s chairman have yet to agree on a price – the ICC’s decision is important in the wider context of PE. Put rights are common exit routes for minority buyers in Asia, and have also been used in Europe, according to a Q1 update from law firm Weil, Gotshal & Manges. Were the ICC to have agreed that the put option was invalid, it could set a dangerous precedent for other company owners unwilling to buy back their shares, and thus jeopardise future exits.

“Downside protection is fundamental to many of these minority deals in Asia,” one veteran investor in the region tells Side Letter. “If company founders can get rid of these put options it could have huge implications for PE.”

How to win friends and influence LPs
Competition for deals, the pivot to virtual meetings, and the evolving regulatory landscape with regards to ESG, are transforming the quality of conversation between managers and investors, delegates at Private Equity International‘s Investor Relations, Marketing & Communications Global Forum 2021 heard on Friday. Here are some takeaways from the panel:

CD&R’s pension plans
Clayton, Dubilier & Rice has settled concerns among the pension trustees of UK supermarket giant Morrisons. The US firm, which has launched a £7 billion ($9.5 billion; €8 billion) bid for Morrisons, has reached an agreement with trustees of the £1.85 billion Morrison’s Retirement Saver Plan and the £3.7 billion Safeway Pension Scheme Trustees on the terms of a package to provide them with additional security and covenant support, per a Tuesday statement. The agreement includes more security for the existing pension funding partnership structure and enhanced governance provisions to bolster alignment. CD&R’s bid is the latest in a string of UK PE acquisitions that could prove an opportunity to highlight the asset class’s merits.

The royal PE
Arctos Sports Partners is acquiring a 17 percent stake in the National Basketball Association’s Sacramento Kings, Sportico reports. The transaction, which is subject to a vote by the league, values the Kings at about $1.8 billion and will see four existing shareholders exit the side. If successful, Arctos will own the Kings alongside Dyal HomeCourt Partners, which acquired a nearly 5 percent stake earlier this year. The latter was the first PE firm to be granted permission to acquire NBA stakes in 2020, though the rules were relaxed in January to welcome additional investors. You can find more details about Dyal’s NBA play here.