Alaska Permanent Fund has been fielding spin-out offers for its alternatives team, documents from the $65 billion investor’s Wednesday board of trustees meeting show. Potential strategic partners have made “unsolicited proposals” to partially outsource and invest in the sovereign fund’s alts unit, which includes its PE, private credit and infrastructure exposure. Such offers have neither been pursued nor explored, Alaska noted. Yet from the look of the board papers, the alts team (which has a stellar record) certainly sees the appeal of a partial spin-out. We’ll be following this story closely – more to come. 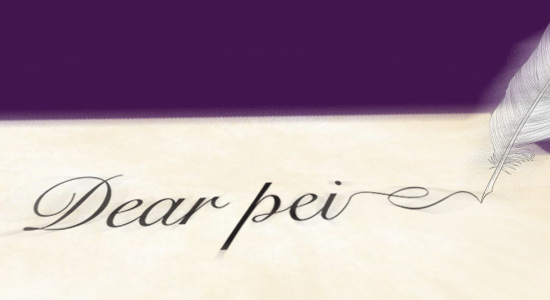 ‘Nobody seems to be using modified IRR’

We love getting feedback. Last week’s Friday Letter delved into the unctious topic of private equity performance and happily readers shared their thoughts. We argued that unless there were a definitive, reliable, transparent benchmark for industry-wide performance, the industry would be vulnerable to accusations – such as those in the Financial Times – that it had sold investors short. Here’s some of the assorted feedback:

From a US public pension official

“Enjoyed your letter. An interesting follow-up would be to see how this lack of transparency informs GP claims to be top-quartile performers, which in turn drives LPs that try to satisfy their investment policies to only invest with the ‘best performing’ GPs … Some of the LP desperation over getting into these funds is surely driven by the circumstances you described.”

From the president of a European asset manager (real estate)

“One thing that surprises me about all those comparisons between PE and public market returns is that it is never clear if the methodologies are really comparable. I suspect they are not, and by a wide margin. The beauty (the untold magic?) of the PE industry lies in the fact that its returns are computed when capital is called. Given the enormous dry powder over the years, I guess that these funds are probably half to two-thirds invested over the period of return computation, while I am sure public markets benchmarks are used as if you were invested from day one. Such comparisons then do not really stand, unless you would apply cash returns (or an average portfolio return, to be kinder) for the period where full capital is not called. I fear the 300 bps return advantage from PE may just evaporate if you were to do that. On that basis, probably only the top performers would still show outperformance.”

From a senior risk manager at a North American endowment

“Nobody seems to be using “modified IRR” which we should be.

“I love this one: ‘The smartest investors in the world know exactly how many dollars they have given us and how many they have got back. And those investors are hungry for more private equity exposure.’ Multiples without a timeframe are as meaningless as IRRs. So you made two times your money? Yay!! But it was over 10 years? Hmm, not so ‘yay’.

“The most troubling aspect is that investors do not know how to measure the performance of their private assets portfolios. They use either modified Dietz or IRR, both of which have significant issues, I haven’t come across one that uses ‘modified IRR’. How can they know if they are really performing better? This perhaps gives some credit to AQR’s note, which stated that the lower realised volume is a key attraction.”

Any thoughts on the above? Email me: toby.m@peimedia.com.

Mark Redman is stepping down as global head of private equity at Ontario Municipal Employees Retirement System on 31 March. He’s being replaced by Michael Graham, head of the pension’s North American private equity programme since 2013. Redman “made a personal decision to leave” the C$97 billion ($73 billion; €69 billion) pension plan, per a statement. No indications yet on what the “new challenge” he speaks of in the statement might be. In the 10-plus years he has been at OMERS (including five in his current role) private equity has increased from around 8 percent of the pension’s total assets to almost 15 percent. In an in-depth interview with us in 2015, Redman described OMERS as “in the vanguard of direct investing for Canadian pension funds” and spoke of an aim to move to “north of 90 percent” invested directly by the end of 2020. Today, 85 percent of the private equity programme is invested directly.

Another GP stake? No thanks, I’m full

We often wonder where the ceiling is for the GP minority stakes market. It seems we are not alone. A private equity head at a public pension with more than $100 billion of AUM told Private Equity International this week that the institution will not re-up with another GP stakes fund due to concerns over a lack of opportunities. The pension had previously committed to an unnamed GP stakes fund and, though satisfied with its existing exposure, does not believe there are enough viable targets that would be willing to part with an equity stake. Believers in this market point to the untapped opportunities in the credit, infrastructure and real estate markets. Or, like Dyal Capital Partners did, one can launch a credit fund to lend to GPs that don’t want to sell.

EQT: Aussie upstart. Alex Lynn caught up with EQT‘s Australia and New Zealand head Ken Wong to find out what the newly opened Sydney office is up to: “The four investment professionals are sitting within the infra business and we have some mid-market operatives in Singapore and Hong Kong working on the origination side.” Read the full story here.

Bott hired. Ex-BC Partners fundraiser Charlie Bott is back after a short retirement. The former head of investor relations, who stood down in 2018 after 10 years at the London-based buyout shop, has joined the board at placement agent and secondaries advisory firm Campbell Lutyens.

Tiger tamed. The Financial Times reports that hedge fund Tiger Global Management has seen its performance hit by its holdings in private companies (paywall), with e-cigarette company Juul the biggest culprit. Says the FT: “The writedowns represent a rare setback for the New York-based firm, which has forged a reputation as one of the savvier investors in both publicly traded and private technology companies.”

“Examples of GPs padding LPACs with ‘safe’ relationships abound but are hard to prevent in practice; seeking disclosure of existing LPAC members and the rationale for their inclusion as part of investment due diligence is essential”

For more information on MSRPS, as well as more than 5,900 other institutions, check out the PEI database. 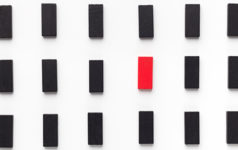 Side Letter: Why LP defaults could be widespread, CARES Act & PE, Carlyle Japan 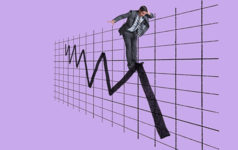 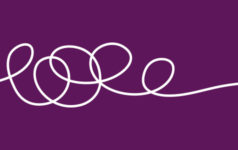 Side Letter: The crisis-era IR challenge, secondaries market stop, how GPs are helping

Asia-Pacific 3 hours ago
Added to your Saved Articles
Loading
Unsave Article
Please confirm you would like to remove this article from your saved articles.
Share with other subscribers
Only logged in subscribers of this site will be able to access the shared article.