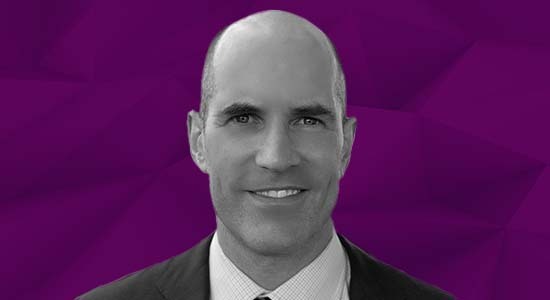 ‘Rock star’ moseleys on
One of the best-known names in the LP community is moving to pastures new. Steve Moseley, head of alternative investments at Alaska Permanent Fund, will stand down in June after more than eight years with the sovereign wealth fund. He will return to New York, he confirmed to Side Letter. The news was first reported by The Wall Street Journal.

Prior to Moseley’s arrival at APFC in 2014, the fund had committed just $4.2 billion to private equity through two separately managed accounts – under his stewardship, the portfolio, including directs and co-investments, had grown to $16 billion as of mid-May. The PE portfolio, which was underperforming the Cambridge Associates PE benchmark in the year to 31 March, was ahead by 380 basis points on a five-year basis, according to APFC’s website.

During his tenure, Moseley gained a reputation for backing innovative new strategies and managers that went on to do big things. Alaska, for example, was an anchor investor for Whitehorse Liquidity Partners, a Toronto-based preferred equity shop now on its fifth fund; and for the debut fund of Dyal, the GP stakes pioneer that last year merged with credit manager Owl Rock to form $102 billion listed manager Blue Owl. It was also a founding member of emerging manager platform Capital Constellation.

“These guys are rock stars,” one GP told Private Equity International for a 2018 profile of Moseley and then-senior portfolio manager Yup Kim, who has since gone on to become head of investments for PE at the California Public Employees’ Retirement System. Moseley is set to take up a new post while continuing to help manage Alaska’s portfolio; Side Letter understands the firm he’s heading to already manages some of Alaska’s capital. Watch this space.

Clearlake’s haul
Clearlake Capital has become the latest PE giant to close a mega-fund well north of its target. The California-based firm raised $14.1 billion for Fund VII against a $10 billion target, according to a statement. Clearlake has now raised more than $25 billion since January 2021, including nearly $7 billion across four continuation funds.

These latter vehicles may go some way to explaining Clearlake’s success on the fundraising trail – such vehicles can help bolster the DPI of existing vintages when gearing up to raise a new one by providing returns for LPs. Though the DPI of Fund VII’s predecessor is not clear, the 2017-vintage Fund V had generated a 57.7 percent net IRR and 3.2x net multiple, while the 2020-vintage Fund VI was on 78.8 percent and 1.6x respectively, according to Clearlake.

The next Generation
Sustainability specialist Generation Investment Management has raised $1.7 billion for its latest Sustainable Solutions fund, affiliate title New Private Markets reports (registration required). Fund IV, which is about 41 percent larger than its 2018-vintage predecessor, will target minority stakes in growth-stage companies that focus on the environment, health and financial inclusion.

News of the fund’s launch was first reported by Bloomberg in January, which noted that Generation was targeting $1.25 billion for the vehicle. The firm was co-founded in 2004 by former US vice-president Al Gore and former Goldman Sachs Asset Management head David Blood.

Bringing their A(16z) game
Andreessen Horowitz, the $28 billion venture capital giant better known in some circles as a16z, is launching a $600 million fund dedicated to games companies. Games Fund One will participate in seed and Series A rounds for the likes of game studios, social apps and gaming infrastructure, per a statement. The firm has pedigree when it comes to this sector: it has backed mobile games giant Zynga and VR pioneer Oculus. The fund also counts among its LPs industry heavyweights such as David Baszucki, founder of Roblox, and Mike Morhaime, co-founder of Blizzard.

Today’s letter was prepared by Alex Lynn with Rod James