“Ours is an industry built on stability and resilience, and in the very unlikely event that there is any disruption from external infrastructure providers, firms here have robust back-up protocols in place and the island is able to meet its own energy requirements if necessary.”

Joe Moynihan, chief executive of industry body Jersey Finance, told Side Letter last week he was confident France’s threats to cut off electricity to Jersey would not affect the UK island’s ability to operate. 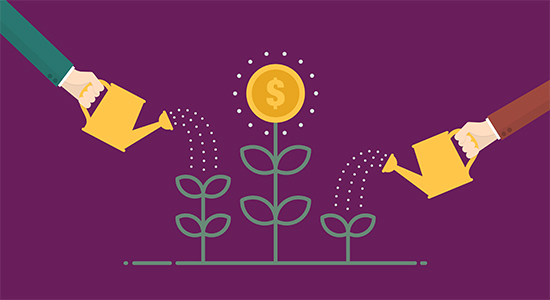 Taking the green line
AlpInvest, the Carlyle subsidiary that majors in fund investing, co-investment and secondaries, has secured a credit facility for its recently closed $3.5 billion co-investment fund with an interest margin directly tied to ESG indicators, per a statement this morning. Affiliate title New Private Markets has more details here (registration required).

Linking the cost of a credit facility to certain ESG performance indicators is a relatively new idea but becoming more commonplace. The likes of EQT, KKR, Eurazeo and Carlyle each have versions. This is the first such facility for AlpInvest, and the first time we’ve seen it applied by a co-investor rather than a control-investing GP. For this reason, the KPIs relate more to AlpInvest’s interactions with its GPs and the integration of ESG into its own processes, rather than the performance of underlying portfolio companies.

As with other facilities in the market, certain details are kept under wraps: specifically, the cost of the facility and how much it can flex with the ESG performance.

Five Arrows’ straight shooter
Late Friday night, Private Equity International broke the news that David Enriquez, head of PE for NYC’s $250 billion five main public pension systems, plans to rejoin Rothschild’s Five Arrows PE unit. PEI has always had a soft spot for Enriquez – a man who takes public duty and anti-bribery very seriously. “On a practical level this means even buying him a cup of coffee is problematic,” we wrote of a 2019 interview with Enriquez at a plush Mayfair hotel. “Lunch is out of the question. We settle for one glass of tap water.”

Get in touch if you know anything about who’s filling his shoes at NYCRS, and check out our 2019 interview with Enriquez here in which he said the 10-year limited partnership model was here to stay.

Placement agent scoop
FirstPoint Equity has appointed Jeff Davis, former co-head of private credit and a 16-year veteran of Eaton Partners, to lead its credit business, per a statement seen by Side Letter. He’s the latest in a series of hires at FirstPoint, which brought in former Sixpoint Partners MD Matt Mitchell as a partner in June and hired former LP Adrian Orbe from New York’s Church Pension Group in late 2019. Danyal Farooqi joined the firm from Stanwich Advisors last February.

CAPZA’s flex(ible) hard-cap
French investment firm CAPZA has raised €700 million for its latest “flex equity” vehicle, per a statement this morning. Fund V, which will provide equity, convertible bonds and mezzanine to European lower mid-caps, raised its hard-cap to €700 million from €625 million, executive chairman Christophe Karvelis-Senn tells Side Letter. The vehicle, which launched early last year, is double the size of its 2016-vintage predecessor and enjoyed a 95 percent re-up rate.

Swensen’s legacy
Tributes continue to roll in for Yale University endowment CIO David Swensen, who died on 5 May. Swensen had been at the helm since 1985 and pioneered the “Yale Model”, taken up by countless other endowments, which put PE and VC investing at its core. Yale averaged annual returns of 12.4 percent since inception, and with $31.2 billion in assets has grown into the second biggest endowment in North America after Harvard.

“I think the real legacy should be the creativity and the innovative, unconstrained approach that went into building that model as opposed to his legacy being the static kind of allocation that a lot of people have tried to mimic,” Christopher Schelling, director of alternative investments at Venturi Private Wealth, tells affiliate title Buyouts (registration or sign in required). “They allocated to PE not because they had a top-down asset class allocation to PE but because they found great managers.”