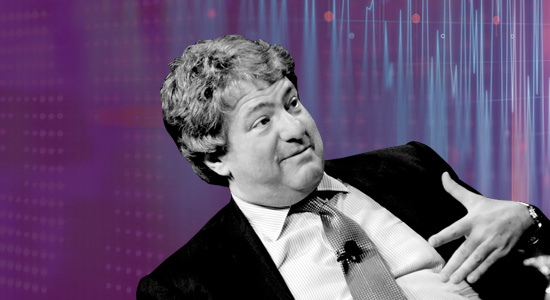 Apollo doubles down on Athene

A $1.55 billion deal between Apollo Global Management and insurance company Athene Holdings is seeking to address the “perceived lack of economic alignment” between the two entities, Apollo co-founder Leon Black (pictured) said on a call with analysts on Monday. Apollo is acquiring a further 18 percent stake in Athene for a combination of cash and a 7 percent stake in Apollo, giving the insurer “a direct economic interest in Apollo’s financial success for the first time”, Black said. The deal will eliminate Apollo’s supervoting rights in Athene as the insurer will do away with its multi-class shares and move to a one-share, one-vote structure, thus making it eligible for inclusion in various indices. After the deal Apollo will hold approximately 35 percent of Athene.

Tokyo’s ORIX Life Insurance Corporation has geared up to expand its alternatives investment platform. The ¥1.9 trillion ($17.5 billion; €15.7 billion) institution is expected to more than treble its allocation to alts to10 percent of the overall portfolio over the next five years, sister publication PERE reports. The insurer has tapped three investment executives from compatriot Government Pension Investment Fund since April to help with the move.

Overhauling an illiquids programme is tough. The $39.9 billion Harvard endowment is at the mid-point of a five-year portfolio overhaul, and chief investment officer Narv Narvekar – who took the reins in 2016 – wants more private equity, venture and growth strategies. The private equity allocation increased four percentage points to 20 percent in fiscal 2019, but HMC’s allocation to buyouts, growth and venture capital “continues to be low relative to what likely makes sense for Harvard”, Narvekar wrote in the endowment’s 2019 financial report. He also sounded a note of caution: “For the next few years, we will suffer the impact of the private equity ‘J-curve’ … where short-term losses precede long-term gains.”

More secondaries for Investcorp. Investcorp has used the secondaries market to help institutionalise its investor base for the third time this year. The Bahrain-headquartered investment manager received up to $130 million from HarbourVest Partners to make follow-on and fresh investments in an $866 million portfolio of MENA private equity assets. Investcorp will maintain an interest in the portfolio and continue to manage it. The institutional push is part of Investcorp’s goal of hitting $50 billion in assets under management by 2024, as PEI reported this month.

It’s a people business. Executive search firms Norgay Partners and Carpenter Farraday, based in the US and UK respectively, have partnered up to help clients recruit on a wider geographic scale. The firms, which have offices in London, Brighton, New York and Los Angeles, say their approach to people placement at all levels (senior leadership to junior members) results in better long-term hires. Both firms are understood to have helped place some of the biggest names in the industry of late.

We’ve heard tell of a $2 billion PE fund that has formed a non-profit to serve as one of its LPs. The non-profit will receive carry from the fund that could either be used for philanthropic purposes, re-invested into the fund or distributed to the management team as an impact incentive. Know which fund this is? Let us know.

Buckeye breakdown. School Employees’ Retirement System of Ohio has approved $40 million in commitments, including $10 million to Francisco Partners V – Prince Co-investment Fund. Below is a breakdown of the $14.46 billion US public pension’s total investment portfolio. For more information on SERS, as well as more than 5,900 other institutions, check out the PEI database. 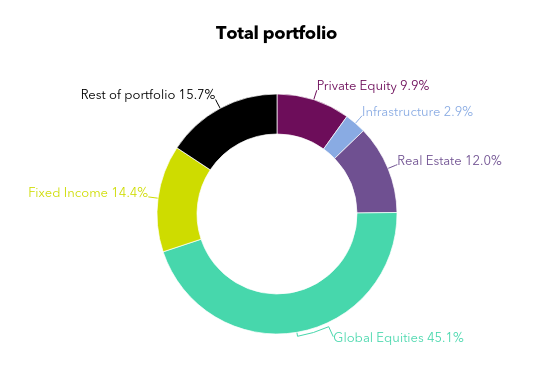 “Some of the big IPOs of this past spring were backed by venture funds with vintage years from 2008-13. Harvard did not participate in those funds in that era and therefore did not benefit significantly from those rewards in fiscal year 2019. Indeed, this is a long-term game.”

Narv Narvekar, chief investment officer at Harvard Management Co., provides a sobering thought on the performance of the $39.9 billion endowment, in its fiscal 2019 annual report.