“If you’re going to get to net zero emissions, you can’t just invest as normal, it’s not business as usual. I think there’s too much of the thinking that it can just be business as usual, and that engaging with companies in your portfolio will get you to net zero.” 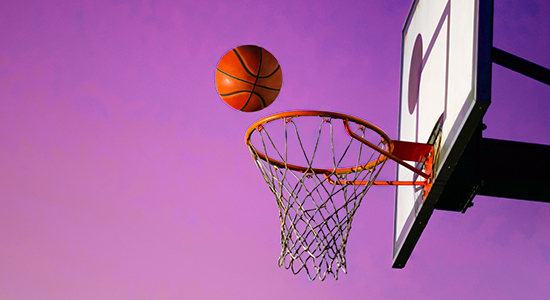 Slam dunk
Arctos Sports Partners is on the verge of closing the largest ever first-time private equity fund, Private Equity International reported yesterday. The Dallas-headquartered firm, which takes minority stakes in European and North American sports franchises, has raised $2.9 billion, exceeding the $2.7 billion set by the former record holder, Deutsche Asset Management-spinout Glendower Capital, back in 2019. Arctos has already made more than 14 investments, including stakes in the National Basketball Association’s Golden State Warriors and Sacramento Kings.

The pandemic has created more opportunities for groups such as Arctos, with the collapse of tickets sales increasing the liquidity needs of sports franchise owners and making minority stake sales more attractive. This dynamic has not gone unnoticed by PE giants like Ares Management, which last year was linked to the acquisition of a Premier League football club. With a decent-sized and, so far, comparatively untapped opportunity set at stake, expect to see more firms like Arctos throw their hat into the sports ring.

Carlyle’s coup
Ryan Selwood, former head of direct PE at CPP Investments, has resurfaced at Carlyle Group, per a Monday statement. Selwood will join as managing director and chief development officer on 1 January. In this newly created role, Selwood’s major priorities will include growth initiatives and corporate M&A. His departure was first reported by PEI in August, and represents one of at least three senior personnel changes at the Canadian pension this year. PEI also reported in June that global PE head Shane Feeney had decided to join Northleaf Capital Partners as head of its secondaries business, and Bregal Investments said last week that CPP’s former head of international, Alain Carrier, would join as chief executive.

Summit reaches peak
Growth equity specialist Summit Partners has closed its latest flagship at its $8.35 billion hard-cap, per a Monday statement. Summit Partners Growth Equity Fund XI launched in June and included commitments from the likes of Alaska Retirement Management Board, Cathay Life Insurance and Minnesota State Board of Investment, according to PEI data. Fund XI will target minority and majority investments of $75 million to $500 million across sectors including technology, healthcare and business services. It adds to the $2.2 billion Summit raised across its third European growth fund and fifth VC fund last year.

Summit might encounter greater competition with these latest funds than in prior vintages, with growth equity fundraising hitting a new record in H1 2021. Not only is there more capital available for the strategy, but also more firms hoping to invest it. Brookfield Asset Management is one such manager, having announced last month that it was staffing up for a tilt towards late-stage growth. You can read more about the appeal of growth plays here.

BVCA’s performance rethink
The British Private Equity and Venture Capital Association is taking a fresh look at UK PE performance. The organisation has devised a new way to measure since-inception PE and VC returns from any given year without historical bias, per its latest Performance Measurement Survey. This measure is a pooled since inception return for all funds starting at a certain vintage and excluding the four most recent vintages. For example, since inception returns for 2011 onwards would consider cashflows of all 2011-16 vintages, which, at between five and 10 years old, are likely to be well into the harvesting stage.

According to the new measure, UK PE and venture capital funds have delivered a 19.6 percent internal rate of return and 1.9x total value to paid in multiple over the past decade. That compares with a 14.6 percent IRR and 1.8x TVPI since 1980, when the PE model was rather different.

No doubting Thomas
Boston-based buyout shop Thomas H Lee Partners has hit the hard-cap on its ninth fund, per a statement. The mid-market specialist raised $5.6 billion for Thomas H Lee Equity Fund IX, $935 million of which has already been invested in companies in the software and automation sectors. The GP committed $250 million. The fundraise comes less than a year after TH Lee raised its first non-flagship vehicle, collecting $900 million to invest in the automation sector.

Affiliate title Buyouts sat down with co-chief Scott Sperling in August to discuss how the firm intends to deploy its latest capital pools at a time of frenetic dealmaking (registration required). “There is no doubt we’re seeing more and more things being priced at levels that our analysis tells us exceed where the intrinsic value of a company might be,” Sperling said. “We’re trying to stick with a discipline of paying a multiple that in an absolute sense may be high, but only for companies that can sustain rates of cashflow growth that are commensurate with that multiple.”