“When [Vitruvian] negotiate against you, you have to be on your best form to deal with it. But when they’re on your side, when you give them your money, you know they are doing the same thing with their portfolio companies, sellers and buyers of their assets.”

An unnamed Vitruvian LP talks to Private Equity International about what it is like to work with the secretive European tech investor. 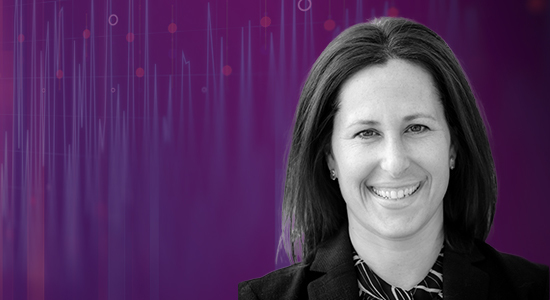 Arctos scores
Arctos Sports Partners, the sports-focused firm launched by secondaries veteran Ian Charles, has hired a seasoned investor to lead investor relations, capital raising, investment strategy and governance, as partner and head of capital solutions, Side Letter can exclusively reveal. Robyn Slutzky (pictured) joined the firm on Monday from JP Morgan where she was co-head of private equity due diligence. She previously spent time at Prudential, Quilvest and AlpInvest Partners. “The opportunity to partner with Ian and co and build a firm in a new category is something unique – something I feel I’ve spent my whole career preparing for,” Slutzky told Side Letter, adding that Arctos is deploying capital faster and in a “more interesting way” amid the pandemic than compared with its initial pre-covid-19 investment thesis. Dallas-headquartered Arctos is one of a handful of firms making waves in sports investing, as explored in our Deep Dive.

Drawing out Vitruvian
For a private equity firm that has backed some of Europe’s big tech success stories and recently ranked as the third best-performing in the world, Vitruvian Partners has done a good job of staying under the radar. We took a close look at the tech specialist’s strategy and culture, described by one source as “top-quartile demanding”, for our latest Deep Dive. Read all about it here.

BC’s chunky secondary
How aligned should a GP remain with an asset when they sell said asset to themselves via a secondaries process? It’s a nuanced question to answer, but here’s some food for thought: BC Partners is set to invest around €300 million of a roughly €1 billion process in which academic publisher Springer Nature will be moved from its 2011-vintage fund into a continuation vehicle, affiliate title Secondaries Investor (registration or subscription required) reports this morning. The capital will come from BC’s latest flagship, which is in market with an €8.5 billion target.

KKR’s Asia haul
KKR has held the final close on its fourth Asia-Pacific dedicated vehicle, amassing $15 billion for the largest PE fund for the region, per a statement. KKR Asian Fund IV, which began fundraising in March last year, is more than 60 percent larger than its $9.3 billion 2017-vintage. The opportunity for PE investment across the region is “phenomenal”, Hiro Hirano, co-head of Asia-Pacific private equity at KKR, said in the statement. Asia has been a focus for the firm for several years now across strategies: the firm brought in $17 billion for its Asia strategies last year, representing almost 40 percent of capital raised, according to its fourth quarter 2020 results. Here’s KKR’s latest fund in regional context:

Orange County Employees Retirement System approved a $50 million commitment to Oak HC/FT Partners Fund IV at its March board meeting, a contact at the pension informed PEI. OCERS has a 13 percent target allocation to private equity that stands at 11.05 percent.

As illustrated below, the $17.74 billion US public pension’s recent private equity commitments have tended to target venture capital and growth equity funds in North America, Europe and Asia.

For more information on OCERS, as well as more than 5,900 other institutions, check out the PEI database.

Today’s letter was prepared by Adam Le with Rod James and Carmela Mendoza.