“My concern is if a client is looking for yield, there is a reason you’re getting a much higher yield than a Treasury, and that’s an increase in risk.” 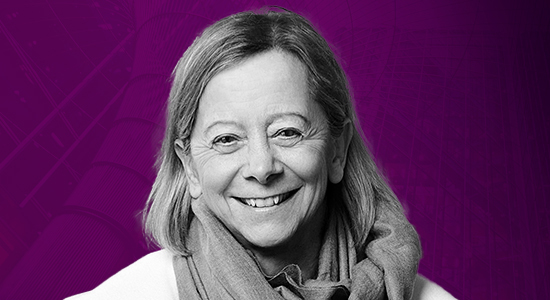 Ardian: To be continued?
Investment giant Ardian appears to be the latest firm embracing continuation funds. In the firm’s 2020 Activity Report, published over the summer, president Dominique Senequier said continuation funds will become “an important part” of Ardian’s direct investment activities in instances where the growth potential of an asset exceeds the traditional hold period.

“Different versions of this model are emerging around the world but the direction of travel is clear: longer holding periods for private equity investments are an important feature of the market of the future,” she said. Ardian is “already examining potential opportunities,” though it’s unclear whether the firm has run any continuation processes on its portfolio so far.

Ardian hasn’t always been such a GP-led enthusiast. In 2016, US head Benoît Verbrugghe told our colleagues at Secondaries Investor (registration or subscription required) GP-led deals were “still not a part of the market Ardian wants to invest in because the opportunities are questionable”. It’s not alone in coming around to the concept: BC Partners has had a similar rethink, as Side Letter noted yesterday.

Continuation fund deals accounted for 51 percent of the entire secondaries market volume in the first half of 2021, and 85 percent of GP-leds, according to data from Jefferies. More than one third of PE’s 50 biggest firms, including Blackstone, KKR and TPG, have used a transaction type that allows GPs to hold onto assets for longer to date, as Private Equity International explored earlier this week.

RedBird’s warning
Some of the factors driving PE’s appetite for live sports deals, namely soaring valuations, may not be around forever. That’s according to Gerry Cardinale, founder of RedBird Capital Partners, who tells PEI that the biggest risk for sports investors today is “to get lulled into believing that values will always go up”. RedBird has serious pedigree when it comes to sports. The firm gathered $2.6 billion (including co-investment capital) for its latest flagship vehicle RedBird Series 2019 this month and recently acquired stakes in baseball giants Red Sox and Liverpool FC owners Fenway Sports Group. You can read our interview with Cardinale here.

llinois Police recruits
Illinois Police Officers’ Pension Investment Fund, one of America’s newest public pensions, has made its first investor officer hire since appointing a debut CIO earlier this year. The roughly $8.3 billion institution last week tapped Steve Yoon, a former investment officer at the $4 billion Municipal Employees’ Annuity and Benefit Fund of Chicago, per a LinkedIn post. Yoon will report to CIO Kent Custer, who joined from Dallas Police & Fire Pension in April, according to meeting minutes at the time.

IPOPIF was formed as the result of 2019 legislation consolidating the investment assets of Illinois public safety pension funds into two investment vehicles: one for police officers and another for firefighters. Though it’s unclear how active IPOPIF will be in PE, Custer appears to be an enthusiast: his former employer, Dallas Police, has a 14.8 percent allocation to the asset class, according to PEI data.

Prudential’s DE&I commitment
PGIM, Prudential‘s asset management business, plans to commit $200 million to PE firms owned or led by women and minorities (statement here). The new DE&I portfolio will prioritise firms raising capital for first or second funds to tackle “structural barriers” within PE that prevent women-led and diverse teams from raising sufficient capital. It comes just a week after US insurer Northwestern Mutual said it would allocate $100 million from its portfolio to invest in Black, African American and minority-owned businesses, more details of which can be found here (registration required).

Today’s letter was prepared by Alex Lynn with Michael Baruch and Carmela Mendoza.