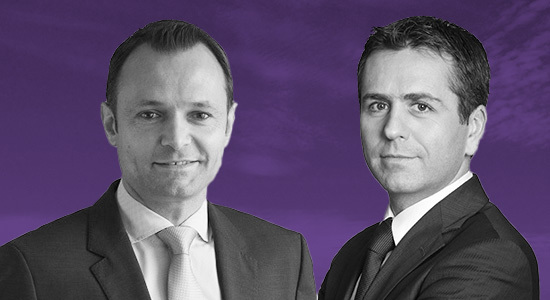 A key question
In 2020, Ardian raised $19 billion for what was then the third-largest pot of capital ever for private equity, with its ASF VIII fund. The key person team investing the firm’s next flagship ASF IX fund, which is seeking $15 billion, is going to look a lot different. On Friday, our colleagues at Secondaries Investor reported that four of the eight key persons on ASF VIII are not listed on documents for ASF IX (registration required). Two of these senior executives are no longer with the firm, but the other two – UK head Olivier Decannière and former US head Benoît Verbrugghe – are still at the firm, albeit in a reduced capacity, and are no longer members of the Ardian executive committee.

A spokesperson for Ardian said the changes were part of refreshing its offer and would help with the firm’s “renewal” and “evolution”. So, half the key person team investing the world’s biggest secondaries fund have decided to either step back from future funds or have left the firm altogether… a peculiar turn of events. But hey, plus ça change, right?

PAG titbits
PAG last week became the latest PE giant to file for an IPO. We’ve digested the firm’s IPO filing for you here (spoiler alert: impact and permanent capital funds are among the new strategies being considered). Below are a few juicy extras that caught our eye:

Fundraising indigestion
TPG, the world’s eighth-largest PE firm, is seeking $24.5 billion for three new funds despite concerns about the broader fundraising environment. The firm has an $18.5 billion combined target for TPG Partners IX and its second dedicated healthcare fund, which are “attached at the hip”, CFO Jack Weingart said on Monday’s earnings call, making a 30 percent increase from the $14.2 billion raised for the previous incarnation of those two funds. The firm is also seeking $6 billion for its most recent Asia-focused fund.

The trio of vehicles launched in January and, reflective of the accelerated pace of fundraising, could see first closes as early as late-Q2 rather than in H2 2022, as initially expected, according to Weingart. The firm’s bullishness, however, was tempered by an acknowledgement that LPs are increasingly beset by “indigestion” from the recent glut of commitments and re-ups. Weingart cited four factors at play: diminished liquidity for LPs; faster-than-anticipated-deployment during covid; the numerator effect resulting from PE’s recent strong performance; and the denominator effect due to choppy markets and the public equity reset.

Weingart’s observations tie in with broader concerns about LPs’ ability to keep up with the pace of re-ups, either from an allocation or resource perspective. Some are having to write smaller cheques in order to accommodate all their relationships, while others are said to be urging GPs to consider pushing their fundraises to next year. In the long term, however, TPG believes “the very positive secular growth drivers” for alternatives (namely: the growth of investable capital, larger allocations and growing desire to consolidate GP relationships with brand name firms) will remain intact.

Playing defence
If ever there was an appropriate time to invest in defence and national security assets, this might be it – a fact that Veritas Capital, a New York firm active in this space, is likely counting on. The firm is seeking $8.5 billion for its eighth fund, targeting the “intersection of government and technology” with a focus on adding aerospace, defence, national security, government services, healthcare and technology companies, affiliate title Buyouts reports (registration required). If successful, Fund VIII would be a good deal larger than its $6.5 billion 2019-vintage predecessor, according to PEI data.

“There are significant reasons for growth in these industries for both good reasons and bad reasons,” Veritas partner Aneal Krishnan said at a meeting last week of Philadelphia’s Board of Pensions and Retirement. “As recent events have shown, the global security picture is getting more questionable and we now have a bipartisan commitment to supporting our allies globally and boosting support for our homeland defence.”