“The pandemic has highlighted the liquidity needs of portfolio companies and underscored the realities of the marketplace and how long it takes to realise value. We are sometimes squeezing the industry into this five-year commitment period, 10-year life model and it doesn’t always work well, both with what the GPs want and the liquidity needs of the LPs” 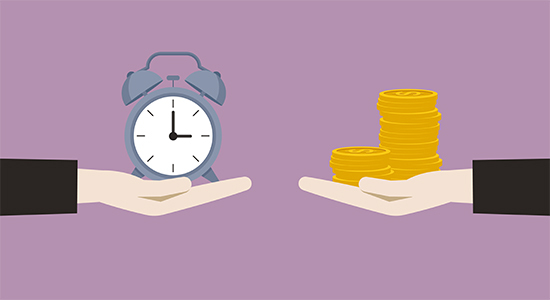 BlackRock scoop
Here’s a BlackRock scoop to start your day. The firm has held a final close on its debut PE European long-term investment fund, per a statement seen by Side Letter. BlackRock Private Equity Opportunities is a €509 million vehicle that will provide the region’s retail investors with exposure to the firm’s direct PE investments. Here’s what we know:

Headphones on…
In our latest Spotlight podcast, editors and reporters from PEI Media’s various titles discuss the driving factors behind PE’s record $180 billion of fundraising in Q1. Key quote: “LPs have really been sticking with their most trusted relationships, sticking with those managers that have a track record of success, and those who are fairly easy bets,” says Chris Witkowsky, editor of Buyouts. “That’s because the market has been so expensive.”

We’ll be back
Monday is a public holiday in the UK, so Side Letter will return to your inbox on Tuesday. For those of you lucky enough to have Monday off, enjoy the long weekend!

Superfund reforms
Australia’s government has (partially) backtracked on its annual performance test for superannuation funds. Last month, PEI reported that a proposed government test for superfunds could affect their appetite for alternatives due to its use of listed benchmarks for unlisted assets. Although an amended draft, published this week, includes unlisted benchmarks for property and infrastructure, Side Letter has learned from a Treasury spokesperson that PE will continue to be measured against listed equities.

Whether it makes sense to benchmark PE against the public markets is an age-old debate. “Infrastructure and real estate are meaningfully benchmarked in the market,” Mitchell McCallum, executive director at MSCI, the firm behind the unlisted indices chosen for the test, told affiliate title Infrastructure Investor. “At its current point in its life, the PE side of things is not as clear cut, and is something that the industry and MSCI continue to build.”

Yuan-to-dollar restructuring
Buhuo Ventures, a Chinese VC firm, has completed a yuan restructuring to raise its first US dollar fund, PEI reports this morning. The firm transferred partial stakes in four assets from its 2017-vintage RMB Fund I into a dollar-denominated vehicle. The transaction was worth more than $100 million, of which around two-thirds was net asset value and the remainder was follow-on capital for new investments. Such deals are gathering momentum as China’s maturing PE market looks to raise capital from what is perceived to be a more stable LP base.

For more information on Cathay Life Insurance, and more than 5,900 other institutions, check out the PEI database.