“I don’t believe for a second that increasing the base will lead to more women at the top in deal leadership. I have been at various organisations and seen women and men being hired in equal percentages at the junior levels and it doesn’t translate. I think getting rid of the facetime culture and letting women work on their own hours will drive women in the senior ranks of deal teams”

An excerpt from a selection of reader responses to an article exploring the dearth of women at the top of PE deal teams in the March issue of sister title Buyouts (registration or subscription required). 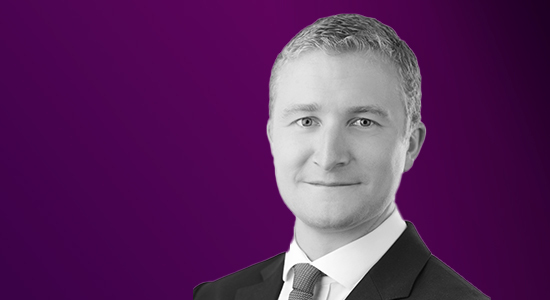 BlackRock’s Asia plans
BlackRock could launch a dedicated Asia-Pacific PE strategy as it looks to nearly double its annual private markets activity in the region, Private Equity International reports this morning. The world’s largest asset manager has invested around $1.15 billion annually into regional PE, private credit and real estate over the past three years – a figure it wants to significantly increase. Unlike for private real estate, it does not have a regional blind-pool PE fund.

“Dedicated APAC PE strategy is certainly something that’s not off the table and where we are actively speaking to clients,” Asia-Pacific alts head Michael Dennis (pictured) tells PEI. “It’s just that we want to make sure our fiduciary responsibility to our clients is to put the right strategy in front of them that we’re able to deliver based on that mandate.”

In rude health?
PE buyers completed a greater number of smaller healthcare deals last year than had been the case in 2019. Deal count rose 21 percent to 380, while the aggregrate deal value dropped 17 percent to $66 billion, according to Bain & Co’s Global Healthcare Private Equity and M&A Report 2021. The average deal size fell by more than 57 percent. Here some other key takeaways:

PE’s diversity problem
Research from the British Private Equity & Venture Capital Association and Level 20 reveals the extent of PE’s diversity problem. More than half of UK and continental European investment teams were all-white last year and 12 percent featured no women, according to the organisations’ Diversity & Inclusion Survey 2021. Unnervingly, diversity, equity and inclusion has become less of a priority for LPs during the pandemic (per our LP Perspectives 2021 Study), though the Institutional Limited Partners Association is working to redress the balance, as PEI explored in December.

Sourcing capital
Source Code, a Chinese VC and growth equity firm led by a Sequoia Capital China alum, is seeking $1 billion across two funds. The Beijing firm has set targets of $580 million for Source Code Growth Fund II and $420 million for Source Code Venture Fund V, according to US Securities and Exchange Commission filings last week. Chinese VC fundraising took a slight dip last year: 16 funds closed on $4.8 billion, down from 22 funds and $5.9 billion in 2019, according to PEI data.