A lawyer who has worked with Apollo Global Management discusses co-founder Leon Black’s predicament regarding Jeffrey Epstein, as reported by the Financial Times (paywall). The firm reports Q3 earnings today. 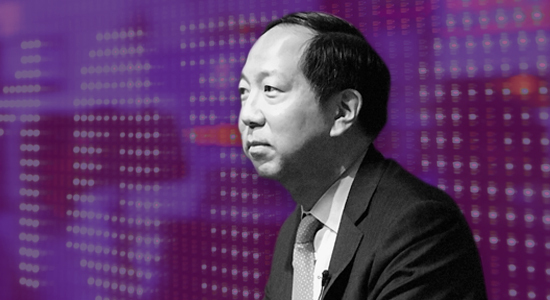 Blackstone’s Q3 comeback
Blackstone’s skew towards tech investments is standing its private equity portfolio in good stead as it navigates the effects of the coronavirus. On the firm’s Q3 earnings call yesterday, chief financial officer Michael Chae (above) said its private equity portfolio had “fully retraced” the 21.6 percent decline it experienced in the first quarter, with a 12.2 percent appreciation following an uplift of 12.8 percent in Q2. Blackstone raised $3.9 billion for PE in the quarter, including $2.3 billion for Blackstone Growth, which is seeking up to $4 billion per sister title Buyouts.

Ares rakes in record haul
Ares Management had its largest fundraising quarter ever, at $12.7 billion of gross capital raised across the firm. Its sixth flagship corporate private equity fund, which is targeting $9.25 billion, held a $3.7 billion close and the firm expects to hold another close by year-end, with the final close in the first half of next year. Co-founder and chief executive Michael Arougheti said the firm has a “strong pipeline of both traditional and distressed opportunities” for the vehicle.

LPs call tech support
Limited Partners are having a tough time with tech, according to the results of a survey from the Institutional Limited Partners Association. Three quarters are resorting to “ad hoc and manual interventions to resolve issues”. The survey of more than 340 ILPA members found 44 percent plan to review and potentially replace an existing tech platform in the next 12 months, while 59 percent are considering new technologies. Nearly half of respondents said spending decisions for tech were driven by growing programme complexity.

SPAC to SPAC
SPACs – the hottest trend in private equity – are here for the long haul. That’s according to the latest coverage from Buyouts, which reports that special purpose acquisition companies have become a regular finance tool for PE and VC firms and now account for 20 or 30 percent of the IPO market. Early entrants among the bulge brackets include TPG’s Pace Group, while Apollo Global Management and Oaktree Capital also sponsored SPACs well before they got popular. A confluence of events are pushing the SPAC phenomena: strong equity markets; covid-19 shrinking if not eliminating, at least temporarily, the window for conventional IPOs; increasing familiarity; and finally, success begetting success – the allure caused by fear of missing out.

BEPS: PE firms, show your work
An OECD initiative to curb tax avoidance will put the onus on private equity firms to prove where they make their money, according to a European tax executive. “It’s not just about having a shinier office, or more people or doing more things in-house,” said Starwood Capital Group’s Fiona Cooper, speaking at PEI’s CFOs & COOs Forum Europe this month, as reported by sister title Private Funds CFO. “It’s also about why you have established your structure in that jurisdiction, why you have set up your transaction or deal [in a certain jurisdiction].”

The base erosion and profit shifting initiative, or BEPS, is designed to ensure corporations don’t avoid taxes by registering their place of business outside the jurisdiction where they make most of their profits.

Nexus Special Situations III invests in the consumer goods and retail sectors in North America. The fund is targeting $1 billion.

Private equity makes up 9.5 percent of the institution’s total portfolio. As illustrated below, BCFPERS recently committed between $10 million and $25 million to private equity funds.

For more information on BCFPERS, as well as more than 5,900 other institutions, check out the PEI database.