“Inflation concerns [are] top of mind for investors who need to assess the potential impact on their portfolios.” 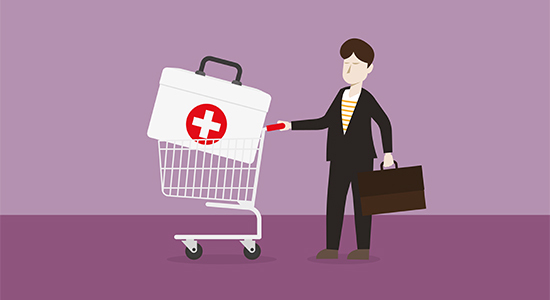 Blackstone’s insurance policy
Blackstone unveiled plans yesterday to acquire a 9.9 percent stake in AIG’s Life & Retirement Business. The $2.2 billion transaction involves a strategic asset management relationship to manage an initial $50 billion of the insurer’s existing investment portfolio, rising to $92.5 billion over the next six years, per a statement.

This latest deal echoes Blackstone’s 2017 acquisition of annuity provider Fidelity & Guaranty Life, which included plans to manage the majority of the insurer’s $28 billion of assets. KKR and Carlyle have made similar investments in recent years, and Apollo has owned Athene since 2009. The latter pair announced plans to merge in March, the reasons for which are examined in greater detail here.

Insurance deals represent an alternative asset manager’s holy grail: ready access to a sizeable chunk of quasi-permanent capital to invest across their platforms while earning management fees and carry. Blackstone’s latest foray into the sector is unlikely to be the market’s last.

Creador fund scoop
Southeast Asian growth investor Creador has held a first close on its fifth fund, Side Letter understands. The firm has collected $500 million against a $600 million target and is expected to hold a final close at its $680 million hard-cap by year-end. It will primarily invest across Malaysia, Indonesia and India. Most of the capital was committed by LPs in its $565 million Fund IV, which closed in 2018. Creador declined to comment.

OMERS lawsuit
OMERS Private Equity is facing a lawsuit from former healthcare head Tim Patterson, who alleges that his contract was terminated “without just cause” for refusing a cut in his compensation package, affiliate title Buyouts reports (registration required). The case is particularly noteworthy because it offers a rare glimpse into how the world’s largest direct investors compensate their investment professionals. Here are some notable takeaways:

LPs with direct portfolios of similar scale to OMERS are few and far between – institutions hoping to emulate the pension’s programme may be watching this case with interest.

Want returns? Head to Europe
European buyout funds have significantly outperformed their international peers in terms of IRR over the past three decades, according to the latest data from Invest Europe and Cambridge Associates. These funds also outperformed the MSCI Europe, generating an IRR of 15.06 percent versus 5.48 percent, and a MOIC of 1.69x against 1.20x.

Harris flies solo?
Apollo co-founder Josh Harris plans to raise a new fund after his upcoming departure from the alternatives giant, Bloomberg reports. Harris, who recently announced plans to leave the firm in 2022, will seek about $5 billion for the mid-market. Apollo’s leadership team was shaken over the past year by investigations around co-founder Leon Black’s relationship with deceased convicted sex trafficker Jeffrey Epstein. You can read our handy guide to Apollo’s remaining executive committee here.

Fubon Life Insurance has agreed to commit $65 million to Insight Partners XII. The fund is managed by Insight Partners and will invest in venture capital firms in North America, Asia-Pacific and Western Europe.