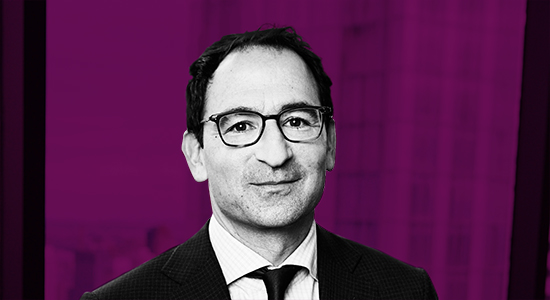 Winter is coming
Blackstone is under no illusions about what’s around the corner. According to president and chief operating officer Jon Gray, a slowdown is “just inevitable”. “When you take the cost of capital from 0 percent to 4 percent and debt capital widens even more… people start to think about deleveraging, paying down their debt,” he said on the firm’s Q3 earnings call last week. “They’re less focused on expansion; there’s more caution and that’s going to lead to a slowing that will happen over time. And that’s what we’re anticipating, and that’s what we’re telling our companies. So I think that’s something that all companies need to think about.”

The slowdown doesn’t appear to have impacted the firm’s PE performance in the third quarter. It reported 17 percent revenue growth year-on-year, led by its travel and leisure holdings. Even as economies are slowing all over the world, “the fact that we’ve done so much in private equity, in travel and leisure, bodes well for us”, Gray noted. Blackstone’s investments in this space include Australian casino group Crown Resorts, Legoland-owner Merlin Entertainment, and visa-processing business VFS Global.

Departures Down Under
October is proving a busy time for private equity hires Down Under. Here are some high-profile appointments that have taken place since Pacific Equity Partners veteran David Grayce joined Goldman Sachs Asset Management earlier this month:

While we’re on the subject…
…of people moves, Steven Chan, a former executive director at Goldman Sachs’ Alternative Capital Markets Group, has joined Asante Capital in Hong Kong, per a statement. Chan was also formerly a vice-president at MVision and has experience in primary fundraising, co-investment and secondary advisory mandates across the Asia-Pacific region. Ricardo Felix, Asante’s existing head of Asia-Pacific, has also been promoted to partner.

Creative carry
Some impact firms have been getting creative in recent years with how their teams are incentivised. East Africa and Zambia-focused EG Capital is among the latest to do so. The Nairobi-headquartered firm will tie up to 50 percent of carry from its inaugural impact fund to its impact targets, our colleagues at New Private Markets report (registration required).

EG Capital Impact Fund is targeting $100 million and will invest in the health, education, food and climate sectors across East Africa. The firm has committed to tracking five impact metrics across the life of the fund – finance performance and empowerment, gender diversity, job creation, regional integration, and climate impact – and, should it not realise any of those objectives, donating its carried interest allocation to a pre-selected education project.

The impact investing market is on a tear, Side Letter reported in October, having grown nearly 40 percent to more than $1 trillion since 2020, according to the Global Impact Investing Network. Within this environment, accountability will be more important than ever: fund managers will need to prove that their words will result in actions if they can hope to differentiate themselves from their competition.

Retiring partnerships
School Employees’ Retirement System of Ohio chose not to re-up with several fund managers during the 2022 fiscal year, our colleagues at Buyouts report (registration required). New relationships have been put on the back burner by many LPs this year as a wave of re-up opportunities takes up the majority of their time and capital allocations. Ohio SERS staff outlined a contrary view at a 20 October board meeting, explaining that, despite a challenging environment prompting some LPs to stick with established relationships for the sake of certainty, they have decided to buck the trend. Ohio SERS saw a one-year gain to its PE portfolio of 34 percent in FY 2022. It allocated $597 million to PE investments, including its first commitments to Carlyle Group and Lightspeed Venture Partners. The pension focuses on portfolio fit, past performance, management teams, process and products when evaluating new investments.