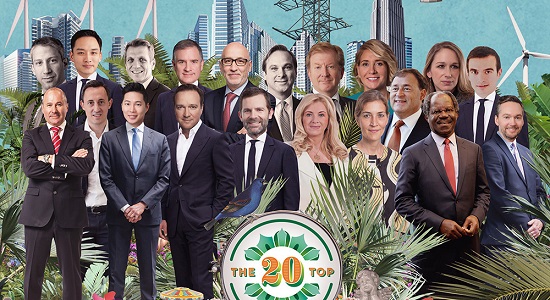 The power of personality

Sister title Infrastructure Investor last week produced its first Rainmakers ranking (above) – an industry-nominated list of some of infrastructure’s top fundraisers. The submissions were a reminder that fundraising remains a personality game. Nominations didn’t focus on the ability to explain the nuts and bolts of a power-purchase agreement or how to overcome regulatory barriers; rather, trust and interpersonal qualities were paramount. Good to see infra fundraisers striving for the same characteristics as those in PE.

Goodhart Partners is among a growing list of managers doubling down on the GP stakes market. In this Q&A, the boutique investment firm’s portfolio manager Michael Daley discusses the opportunities for mid-market focused players, shares why Goodhart is funding GP commitments, the most attractive parts of the GP stakes business (hint: predictability of the income stream is up there) and LPs’ main concerns (hint: it’s not just the exit strategy).

The next financial crisis could cause a spike in legal action over GP-led secondaries deals, as we found in our deep dive into risks in the sub-asset class (check out the full piece here). A London-based fund formation partner tells us that when funds’ net asset values drop and LPs that rolled their interests into a continuation vehicle start to think they should have sold, “it’s not unreasonable to expect some stakeholders will look at ways to reverse some of those processes or recover some of the losses”. Read the rest of the secondaries special here.

Vista’s giant haul could get even bigger. Vista Equity Partners’ $16 billion capital raise for its seventh flagship fund has the distinction of being the largest tech-focused vehicle ever raised by an independent firm. But that may not be the end of the matter: the fund could potentially increase by almost $960 million once the expected GP commitment of between 4 and 6 percent is added. That would make the latest fund more than 50 percent larger than its predecessor, which closed on $11.1 billion in 2016.

Blackstone knights a super admin. The private equity giant has named Vik Sawhney, the chief operating officer of its PE business, as its first-ever chief administrative officer and global head of investor relations and business development, effective 1 January 2020. The job spec sounds like he’ll have his hands full: assisting in day-to-day firm operations, partnering with its business groups, regional offices and support teams on initiatives, continuing to oversee Blackstone’s capital markets business and helping to oversee its LP relationships. Robert Ramsauer, a senior MD in the private equity group in London, will move to New York and take over the COO role at Blackstone Private Equity.

Earnings watch. Mid-year profits for Partners Group rose 1 percent to SFr397 million ($400.8 million; €362.9 million), compared with the same period last year, according to the firm’s interim earnings report. Management fees grew by 14 percent to SFr552 million while performance fees decreased by 25 percent – affected partially by the firm’s lower volume of realisations and market volatility. Growth in AUM in the first half of the year was 19 percent (€79.8 billion) and PE was the largest contributor to assets raised for the period, representing 54 percent of all fresh commitments.

Pelican state PE. Teachers’ Retirement System of Louisiana has agreed to commit up to $100 million to KPS Special Situations Fund V. Here’s a breakdown of the $20.2 billion US pension’s total investment portfolio. For more information on Louisiana Teachers, as well as more than 5,900 other institutions, check out the PEI database. 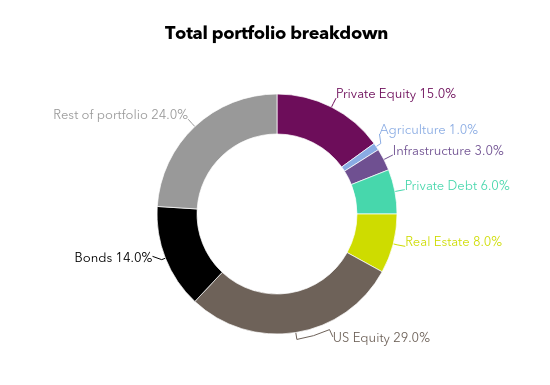 “I do not see a drop in private equity returns just yet, but I would expect it for future returns, due to silly fee structures agreed during the boom.”

Ludovic Phalippou, professor of financial economics at the University of Oxford Saïd Business School, tells the FT (paywall) the writing’s on the wall.