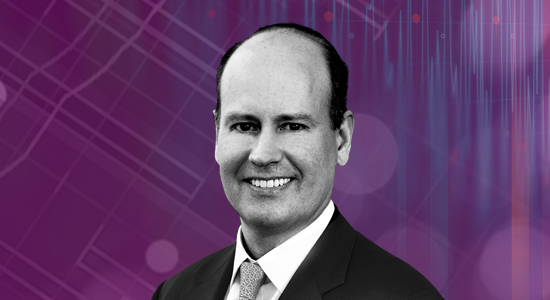 Bob Brown (pictured), the veteran private markets fundraiser and long-time Carlyle exec who co-founded BearTooth Advisors, is leaving his firm and partners. Brown was most recently global co-head of Houlihan Lokey’s private funds group after the investment bank acquired BearTooth last year. A PEI fundraising Rainmaker, Brown’s track record covers more than 180 fundraises including TPG’s first fund. At Houlihan, Andy Lund and Jim McGee are now heading the team. Get in touch if you know where Brown is headed next.

New blood for buyouts in Asia

L Catterton, the consumer-focused buyout firm, has appointed Chinta Bhagat as co-managing partner of its Asia funds. Bhagat, the former head of private markets for South Asia at Malaysian sovereign wealth fund Khazanah Nasional, will lead the Asia platform alongside co-managing partner Ravi Thakran. We’ve had our eye on this situation for some time and understand that as recently as May, L Catterton had agreed in principal to the creation of an Asia growth-focused subsidiary that would take the form of a 50/50 joint venture between the GP and a group of employees led by Thakran. The status of this is unclear.

Park Hill has a new face leading its secondaries advisory business in Europe. Johanna Lottmann, a 14-year Lazard veteran who was most recently head of the bank’s European secondaries efforts, will join the firm in London after a period of gardening leave, sister title Secondaries Investor reports. The appointment is something of a coup for Park Hill, which advised on around $12 billion worth of secondaries deals last year. Lottmann ranked fifth in the Young Guns of Secondaries 2016 list and was recognised for being one of the most creative (and nicest) people in the sector.

Making sense of #MeToo. Some private equity firms are finding it difficult to adapt to the post-#MeToo era, often because of a lack of resources or training around how to handle sexual harassment cases. In fact, it’s leading some firms to “almost back away” from diversity efforts, Stefanie Mockler, a consultant at Vantage Leadership Consulting, tells us. Some executives are struggling to understand what is expected of them – for example whether they’re allowed to travel with female staff members. One concrete step firms can take? Make sure LPAs include a bespoke sexual harassment policy to ensure partners can be removed for breaching those rules.

Earnings watch. Investcorp reported some stellar full-year results this morning: private equity fundraising jumped 222 percent to $1.9 billion while deal-by-deal activity rose almost 30 percent to $1.4 billion. The Bahrain-listed firm has $28.2 billion in AUM, more than halfway to its $50 billion target over the medium term.

Our database just got more interactive. Have you checked out your profile on the PEI database yet? We feature the investment strategies, appetite and contact details of LPs and GPs to bring together fund investors and managers with matching interests.

Need to make an update to your profile, or have a profile created for your firm? Get in touch through our interactive form. Within 24 hours of emailing, a member of the Research & Analytics team will respond and provide an editable version of your institution’s profile. We will then ensure your profile is updated in our database. Easy as that!

Fubon fund commitments. Fubon Life Insurance has committed €40 million to Permira VII. Here are some recent fund commitments by the $142.9 billion Taipei-based life insurer. For more information on Fubon, as well as more than 5,900 other institutions, check out the PEI database. 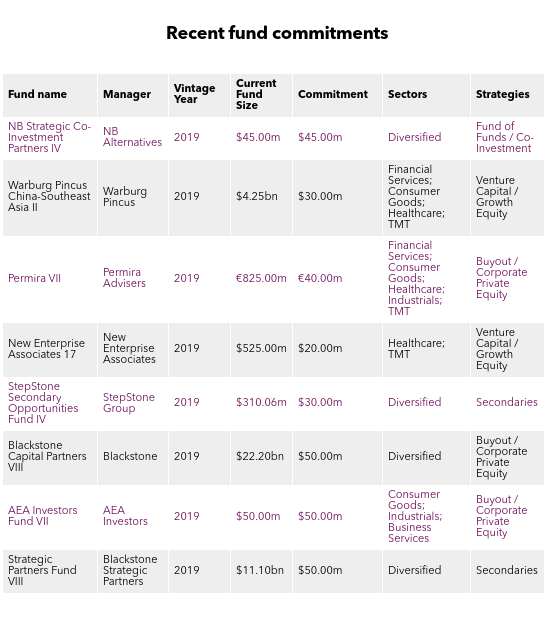 “We are headed towards a Berlin Wall-type structure as it relates to global technology sourcing. Specifically, there will be offerings from both the East and the West… and those in the middle will be forced to decide based on political leanings, need for the technology, and additional benefits and perks that may come from the technology.”

In his latest macro insights piece, KKR’s head of global macro and asset allocation Henry McVey shares his learnings from recent trips to Beijing and London, “two of the most important geopolitical ‘hot spots’ for global investors these days”.