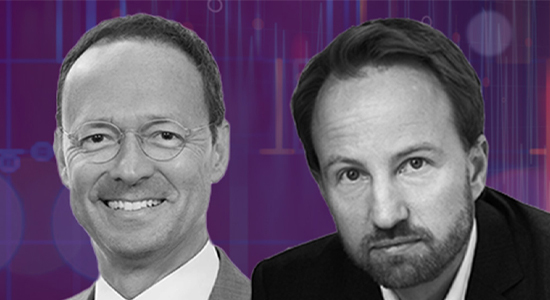 Money off the table
What keeps one of Asia’s largest GPs awake at night? That was a question Private Equity International posed to Jean Salata, head of BPEA EQT (formerly Baring Private Equity Asia), and Christian Sinding, chief executive of EQT, following the completion of the two firms’ merger this week. Their answer? An exogenous event, such as one related to war, that is outside of private equity’s control and would affect all asset prices. “That’s something you worry about,” Salata said, “and I think that’s why we always have a view – maybe because we’ve been operating in somewhat of a more volatile part of the world in terms of geopolitical or political developments.”

There are also macroeconomic factors to consider. “If there’s a massive recession or some other kind of shock, that’s of course something that we’re worried about,” Sinding added. “And therefore, we have been preparing our companies for a much tougher economic time here over the past year. But the economy is still holding up reasonably well, and let’s see if we can end up in a soft landing rather than a real recession.”

Of course, there are things that firms like BPEA EQT can do to soften the impact of such events, should they occur. “Over time, we try to take money off the table quite regularly,” Salata noted. “That’s a big part of our strategy… Once assets are ready, we were very proactively looking to get liquidity on that as a way to sort of mitigate some of the cycle risk that you have.”

Budget constraints
PEI’s ‘currency chaos’ mini-series this week explored how a weak yen is causing allocation issues for some Japanese institutions and their gatekeepers when setting up mandates in their domestic currency. Essentially, their yen budgets now have less firepower in dollar terms. It now appears the problem may extend beyond 2022. One investment manager Side Letter spoke with following the article’s publication noted that, for Japanese LPs setting up mandates in US dollars, the impact of currency depreciation may not become apparent until the next fiscal year on 1 April. This is because they’ll have to convert a weaker yen into US dollars when setting up their mandates, which, if the yen hasn’t recovered, will result in a smaller pot of cash to back overseas funds.

Though the asset manager expects the yen to eventually recover its value, there is no way of knowing when this will happen. So, at least for the next four months, currency concerns will doubtless be on Japanese LPs’ minds. They will be hoping the yen’s value blooms before the cherry blossom does.

Harvest-ing value
New York-based Harvest Partners is running a tender offer plus staple process for its ninth flagship vehicle, our colleagues from Buyouts report (registration required). The move would give existing LPs from its $2.2 billion Fund VII and $4.1 billion Fund VIII an option to generate liquidity, and aid fundraising for Fund IX, which has so far garnered $3.9 billion against a $5.3 billion target. In a tender offer plus staple, existing LPs are offered the chance to sell out of their interests in the fund at a pre-set price to a pre-arranged buyer or buyers. The external buyers also agree to commit fresh capital – known as a staple – to the new fund. Ardian is said to be lead buyer in the Harvest process.

It’s getting harder for buyers and sellers to meet on price expectations these days, and many GPs are not exactly cruising along to their final closes, so it would not be surprising to see more of these deals come to market. That said, syndicating large deals has become challenging in the dislocated markets. Beyond the lead buyers, who are generally ready to deploy vast stores of uncalled capital, finding minor investors is a tougher job.

From IFC to PAI
France’s PAI Partners has a new head of ESG and sustainability, nine months after Cornelia Gomez left the role to take the top ESG job at General Atlantic, our colleagues at New Private Markets report (registration required). In her new role, Denise Odaro, who was most recently head of investor relations and sustainable finance coordination at the World Bank’s International Finance Corporation, will work with PAI’s investment team and portfolio companies, as well as the firm’s internal operations. PAI is raising its eighth flagship Europe-focused buyout fund. It closed PAI Europe VII on €5.12 billion, exceeding its €4 billion target, in 2018.

Today’s letter was prepared by Alex Lynn with Carmela Mendoza and Tobias Waters.