“The state depends on us more than ever, so this is a high-stakes game being played with serious impacts on the lives of every Alaskan, which could be felt for a long time to come. I encourage everyone to get back to the table so that we can continue to do our work uninterrupted and generate revenue for the State of Alaska.”

Angela Rodell, chief executive of the Alaska Permanent Fund, says staff have been working to develop a business continuity plan as the state government approaches its second shutdown in five years. 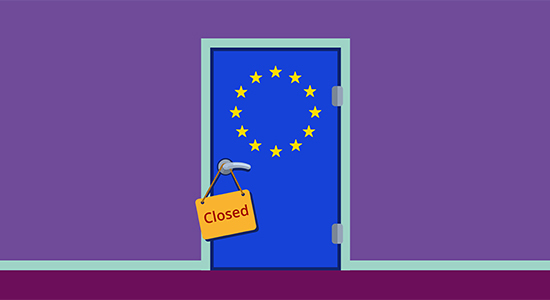 Marketing funds under [the national private placement regime] is a well-established concept and UK fund managers are able to deal with it. More problematic is the involvement of third parties (group IR teams or placement agents) in the marketing process. UK firms have considered several solutions as Brexit contingency plans: setting up an EU-based subsidiary with the relevant licence, using EU host AIFM structures for chaperoning or tied agent solutions, various secondment models, or ensuring the UK firm only conducts non-regulated activities.

LGBTQ+ shout out
To commemorate Pride Month, PEI is keen to discuss LGBTQ issues within the PE industry. Do you have any thoughts, concerns or stories you’d like to share? Carmela Mendoza would love to hear from you.

Distressing price tags?
With concerns that primary opportunities in distressed credit may not be as numerous as they were anticipated to be following the pandemic, investors appear to be taking their chances on the secondary market instead. According to the latest Price Report (see here for archive) from intermediary Setter Capital, average pricing for stakes in distressed credit funds rose by 10.35 percent between April 2020 and April 2021.

This came amid a continuing rally in pricing for fund stakes of many alternatives strategies – led by growth and energy funds, which were up 26.1 percent and 19.5 percent, respectively. However, mezzanine was one of only two strategies to have a price decrease over the period (-1.93 percent) along with timber (-2.41 percent).

Healthy fundraise
Yesterday, we broke the news that GHO Capital Partners has raised more than €2 billion for what is already Europe’s largest healthcare fund. The chart below puts GHO Capital III in context.

GI-normous fundraise
San Francisco-based GI Partners has collected $3.9 billion for its sixth control fund (press release here). Fund VI had a $3.25 billion target and is about 41 percent larger than its 2017-vintage predecessor. Capital was provided from LPs across 15 countries, including the California State Teachers’ Retirement System and Albuquerque Community Foundation, according to PEI data. The vehicle was activated in November and has since completed two acquisitions, including software provider Aras.

Bags of Gold(ing)
Munich’s Golding Capital Partners has held a €161 million first close on its latest co-investment vehicle, per a statement this morning. Here are three things to note about the fund:

State of Wisconsin Investment Board has confirmed more than $1.1 billion-worth of private equity commitments to 15 vehicles, according to the pension’s June board meeting materials.

SWIB also confirmed a pair of add-on commitments to two vehicles it had already allocated to: $20 million to Great Range Capital Fund II and $15 million to Seaside Equity Partners I. This brings the pension’s stake in these two funds to $55 million and $50 million, respectively.

At the end of Q3 2020, SWIB’s private equity portfolio (excluding investments in venture capital and private debt) had a market value of approximately $8.8 billion, representing 8 percent of the pension’s Core Trust Fund, which comprises most of its assets.

By the end of 2020, the private equity portfolio had risen to $9.4 billion in value, though the asset class’s allocation as a proportion of SWIB’s CTF had dropped to 7.8 percent. This slight drop in private equity’s effective current allocation reflected the pension’s assets sharply rising in the final three months of the year.

SWIB also mentioned that including its investments in venture capital and private debt, the pension envisaged its wider private equity portfolio eventually comprising up to 11 percent of its total investment portfolio in the next 12-24 months.

For more information on SWIB, as well as more than 5,900 other institutions, check out the PEI database.