“Taxation of carried interest has been an issue for a decade or longer and has never been pushed through by either Democrat or GOP lawmakers.”

Kelly DePonte, a managing director with Probitas Partners, tells sister title Buyouts (registration or subscription needed) that a hike to the taxation of carried interest is unlikely under a Biden administration. 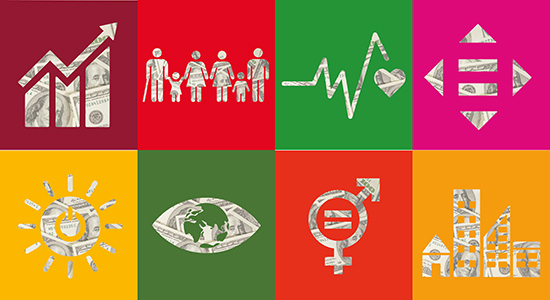 The mainstreaming of impact
In our just-released Impact Investing Special, we look at how the arrival of the big players has turned a niche product into an established strategy, and ask what the next decade holds for an investment movement that has the potential to reinvent capitalism.

Brookfield’s impact strategy
Brookfield Asset Management is entering the impact investment industry with big ambitions for its strategy to reach up to “$100 billion in the medium term – and possibly more over the longer term”, chief executive Bruce Flatt wrote in the firm’s Q3 2020 letter to shareholders. While we do know that the first impact vehicle, Brookfield Global Transition Fund, will focus on climate change and invest in assets that “will move the economy towards net-zero”, it is unclear how the strategy will interact or overlap with its already existing renewables and infrastructure platforms. Brookfield raised a whopping $20 billion in March for its fourth unlisted infrastructure fund – the largest fund the firm has ever raised in any asset class – of which renewables is key part of the strategy, according to sister publication Infrastructure Investor (registration or subscription required). Also unknown thus far: the target of the vehicle and whether BAM’s subsidiaries and listed entities can co-invest in Transition Fund deals.

Buy and build
Manulife Investment Management, the asset management arm of Canada’s largest insurer, has a gameplan to build its private markets capabilities. The C$900 billion ($684 billion; €579 billion) institution has invested in a newly formed Chinese infrastructure manager to accelerate its push into external capital management, and will ponder the same for private equity and private credit, Myron Zhu, head of Asia private markets, tells PEI, noting that its various manager stakes could eventually be combined into one grand platform and serviced by a single back office.

We are hearing on the grapevine that a brand-name firm (think top fund of funds managers) is putting together a long-hold fund to invest in both PE and real assets. Heard the same? Email rod.j@peimedia.com in confidence.

The case for carry tax reform
The leader in the Financial Times (paywall) tackles the recurring theme of reforming the taxation of carried interest: “The UK has a chance to send a powerful message that change is in the air. Politicians should make clear that this is not a deliberate attack on private equity and that the industry, which is flush with cash, has a meaningful role to play in the post-Covid economic recovery. But reforming this tax anomaly is overdue.” Eight years ago, we reached a similar conclusion.

Schwarzman on Trump
Blackstone founder Steve Schwarzman reportedly played down suggestions that the US could be on the verge of a coup and defended President Trump’s right to challenge election results on a call with around 30 chief executives, reports the Financial Times (paywall).

Calvey out
Baring Vostok has welcomed news (statement here) that its CEO Mike Calvey has been released from house arrest.