“While it’s probably necessary to pay up for a quality company, the danger is in the overzealous quest of many PE firms who may be bent on deploying capital and are bidding up the price on companies that are just of average quality at best.” 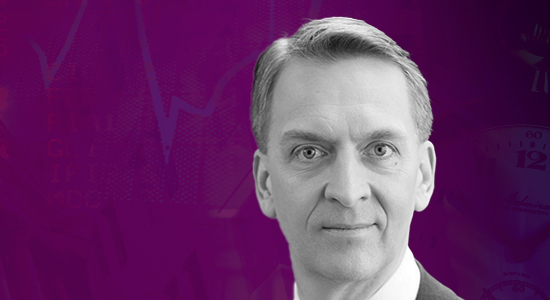 Brookfield’s $25bn threshold
When it comes to PE mega-funds, how big is too big? For Brookfield Asset Management, $25 billion is the point at which the firm would consider dividing such vehicles into separate buckets, chief executive Bruce Flatt told analysts on a Q2 earnings call Thursday.

“I think our private funds can be much larger,” he said. “Our goal is to get… to $25 billion… They won’t get that much bigger than that – they may split and we’ll do ones in Asia or Europe, but that sort of a size where institutions are comfortable.”

An intriguing prospect, though it’s not immediately clear how such a move would work in practice given that LPs may have different motivations for committing to regional or global vehicles. Here’s what else you might have missed:

Mubadala’s GP transformation
Mubadala Capital, the asset management arm of the Abu Dhabi sovereign wealth fund, has swollen its third-party coffers with another secondaries transaction. A consortium led by BlackRock invested in a portfolio of assets managed by Mubadala Capital and led a $400 million stapled commitment to its third fund, affiliate title Secondaries Investor reports (registration or subscription required). Mubadala Capital is understood to be the first sovereign to manage third-party capital on behalf of other institutions. It ran a similar deal to launch the strategy in 2017, with Ardian shelling out $2.5 billion in what was then the largest stapled transaction of all time.

No says yes to Lazard
Lazard has appointed Patrick No as managing director in Singapore to cover primary fundraising and secondaries transactions, per Secondaries Investor. No was previously Asia head of financial sponsors at Credit Suisse in Hong Kong. He joins the investment bank at a key time for Asian secondaries, with buyers increasingly active in the region amid a surge of secondaries opportunities, though risks abound. His arrival also marks the latest in a series of Asian placement agent moves during the pandemic, with many jumping in-house or to other shops.

Polaris staffs up
Nordic PE firm Polaris has formed an internal IR unit, per a statement this morning. It has appointed Amanda Platek, formerly of Capstone and Barclays, to lead these efforts. The firm is seeking DKr1 billion ($158 million; €134 million) for its debut lending and minority equity fund, and an undisclosed sum for its fifth flagship buyout vehicle, according to PEI data.

Kedaara’s close
Indian mid-market firm Kedaara has closed its third fund on $1.1 billion, according to the AVCJ (paywall). The firm, which is part owned by US giant Clayton, Dubilier & Rice, had initially sought $1 billion for the vehicle. It is one of the largest raised by a domestic manager to date. Indian GPs were given a fundraising boost this year in the form of regulatory changes bolstering pension and insurer participation in alternatives by up to $28 billion.

– This report was updated to correctly list Weatherford Capital’s headquarters as Tampa.