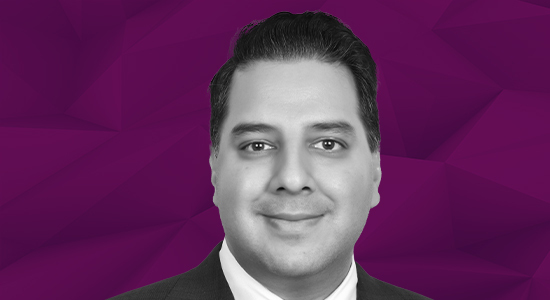 Brookfield’s Europe expansion
Brookfield Asset Management has ambitions to bulk out its Europe portfolio and has identified Germany as the place to do it, PEI reports. A dedicated outpost in Frankfurt – its third in Europe after London and Madrid – is set to be launched as early as this year, with the country’s large industrial, automotive, chemical and precision-machinery manufacturers expected to be top investment targets.

The Toronto-headquartered firm has been growing its European and Asian PE portfolios in recent years. European PE assets currently total more than $20 billion – a figure it hopes to triple over the next few years, according to managing partner Anuj Ranjan, who leads the firm’s Europe and Asia PE businesses. Brookfield could soon have a hefty war chest to fulfil its goal: it is seeking $12.5 billion for its sixth flagship PE fund and as much as $15 billion for its Global Transition Fund, according to PEI data.

The firm’s bullishness on Europe this year is in some ways going against the grain. Tom Tull, who spent 12 years as CIO at the $36 billion Employees Retirement System of Texas, told delegates at affiliate title Private Debt Investor’s APAC Forum 2022 this month that, for his part, he “would definitely avoid Europe” as geopolitical conflict threatens growth.

Blackstone’s momentum
If inflation, interest rate hikes and cashflow-constrained LPs are headwinds to PE fundraising, no one appears to have told Blackstone. Fundraising momentum has “never been stronger” at the firm, COO and president Jon Gray said during its first quarter earnings call on Thursday. “Even in the most challenged sectors, like corporate private equity and growth, the goodwill that we have from our customers is very strong,” he said. “That is why we believe the vintages of both our next private equity fund and our next growth fund will be larger than the previous, despite this challenging environment.”

Blackstone has a $150 billion target for its current fundraising cycle. The firm is in market with its second growth equity vehicle, targeting up to $8 billion, its ninth flagship PE buyout fund (which is expected to hold a first close in a few months, Gray noted), as well as its ninth secondaries fund. The latter two funds will make fundraising history if they meet their $30 billion and $20 billion respective expected raises.

Record haul for KKR
While we’re on the subject of mega-raises, KKR has collected $19 billion for KKR North America Fund XIII, according to a statement. That total – its largest ever – includes $2 billion invested by employees, affiliates and from its balance sheet. The firm plans to implement its employee stock-ownership programme across all businesses in which this latest fund will invest. KKR raised $13.9 billion for its 2017-vintage KKR North America Fund XII.

Bite’s new bod
Fundraising platform Bite Investments has appointed Justin Mason, a former private wealth specialist at Blackstone subsidiary and Australian credit manager La Trobe Financial, as global head of asset and wealth management sales, per a statement. Mason’s new role will place him squarely at the forefront of PE’s democratisation, with Bite one of a small but rapidly growing number of technology platforms helping to streamline the traditionally complex process of funnelling private wealth capital into private funds, as PEI explored in its February deep dive.