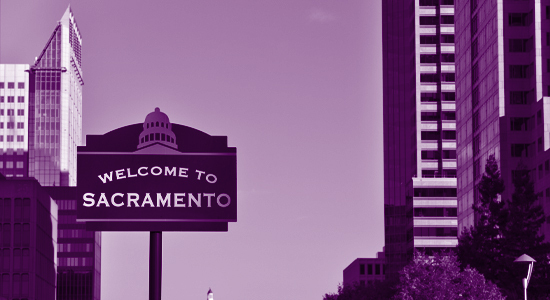 CalPERS’ decision-maker
Despite being viewed as one of the most influential institutions in private equity, it’s fair to say that the California Public Employees’ Retirement System hasn’t quite reached its full potential. As its own CIO, Nicole Musicco, admitted in September, the US’s largest public pension has potentially missed out on more than $10 billion of PE returns due to inefficient deployment in previous years. CalPERS is now hell-bent on righting the ship.

Anton Orlich is the man unexpectedly tasked with helming these efforts. The former naval intelligence officer re-joined in late October to lead its growth and innovation programme, and last night found himself tapped to replace former PE head Greg Ruiz, who left this month.

Orlich’s past achievements shed light on how CalPERS’ future portfolio might look. He took his last employer, Oakland-based Kaiser Permanente, from relatively obscurity to being the 15th largest PE investor globally (per our Global Investor 100) in just three years, boasting a portfolio brimming with first-time funds, diverse managers, co-investments and venture capital. It is this high-risk, high-return sophistication that CalPERS will no doubt be counting on in his new role. Read more about how Orlich is expected to deliver this in Private Equity International‘s profile.

Second chances
Secondaries deal volume is expected to reach between $105 billion and $115 billion this year, marking a 15 percent annual decline, according to a report by PJT Partners. Fret not: 2022 is still expected to be the second-largest year on record, Darren Schluter, managing director in the firm’s secondary advisory group, told our colleagues at Secondaries Investor (registration required). There’s no shortage of supply for secondaries buyers with over $150 billion of live transactions and deals forecast to launch in the near term. If there is more consensus around private markets valuations in the coming quarters, deal volume could come roaring back, Schluter said.

“When you take a look at the next 12 to 24 months versus [the supply in] the next three months, you just really see the continued demand and momentum that’s in this market.”

With LP seller sentiment at a five-year high, as our LP Perspectives 2023 Study, out in December, has found, a temporary dip in trading volume won’t likely be a cause for concern.

Morgan just a passing interest
With the amount of climate funds hitting desks these days, it’s little surprise that some investors are starting to consider the strategy an asset class in its own right. Morgan Stanley Investment Management is the latest to enter the climate fray with the launch of 1GT, a $1 billion private equity platform, per a release. 1GT will target North American and European companies that will collectively avoid or remove one gigaton of carbon dioxide-equivalent emissions from the Earth’s atmosphere from the date of investment through 2050. A portion of the team’s incentive compensation will be tied to this goal.

1GT is led by MSIM’s head of climate investing, Vikram Raju, and the team has deployed $600 million to date. The group joins a growing list of private markets heavyweights forming climate war chests. TPG is already gearing up for a successor to its debut climate fund, which closed on $7.3 billion in April; Singaporean state investor Temasek has also earmarked about $3.6 billion for its decarbonisation investment platform GenZero.

Nobody’s perfect
It’s no secret that ESG reporting leaves something to be desired. Rather than fretting about whether your data is perfect, however, the important thing is to “get the data out there”. That’s according to Matt Schey, senior director for sustainable investing and strategic projects at the Institutional Limited Partners Association. Speaking at PEI Group’s Responsible Investment Forum 2022 in London last week, Schey said perfection can be “the enemy” of progress. “Worry less about what it says and, instead, get it to a place where it can be improved upon,” he added, in comments reported by our colleagues at New Private Markets (registration required). ESG standardisation has become a key focus of the private markets community in recent years. The ESG Data Convergence Initiative, for example, is now more than a year into its efforts to gather consistent figures, with more than 230 GPs and LPs signed up.

Rohatyn’s down in Africa
New York-based emerging markets firm Rohatyn Group has acquired South Africa’s Ethos Private Equity as part of a broader push into the African continent, per a statement. The combined firm will have almost $8 billion in AUM across PE, real assets, forestry and agriculture, corporate and sovereign debt and public equities. “The Ethos team will remain responsible for driving new and existing funds in South African and sub-Saharan Africa, where Rohatyn is not represented,” the firm noted in a local media report. The deal follows a spin-out of the team behind the Ethos Mid Market Fund this month.

Maryland State Retirement and Pension System has made commitments of $310 million towards three private equity funds, according to Q3 investment committee meeting documents.

Clayton Dubilier & Rice launched Fund XII in May with a $20 billion target. The buyout fund held its first close in September on $10 billion.

TDR Capital launched its fifth flagship fund in September last year with a €4 billion target. The buyout fund secured 94 percent of its target by August in a €3.75 billion first close.

MSRPS allocates 22 percent of its total investment portfolio to private equity, amounting to $13.5 billion in capital.

For more information on Maryland State Retirement and Pension System, as well as more than 5,900 other institutions, check out the PEI database.

Today’s letter was prepared by Alex Lynn with Carmela Mendoza and Madeleine Farman.