Colmore, a provider of LP portfolio monitoring services, has shared with Side Letter some more data on GP-LP cashflows. In short: the trend of increased capital calls and decreased distributions continued into April.

To be precise: in April Colmore clients saw 57 percent more called by euro-denominated funds and 43 percent more called by dollar-denominated funds compared with April 2019. Over the same timeframe, the value of distributions was lower by 41 percent and 34 percent for euro and dollar funds respectively. Expect some LP purse-strings to be tightened. 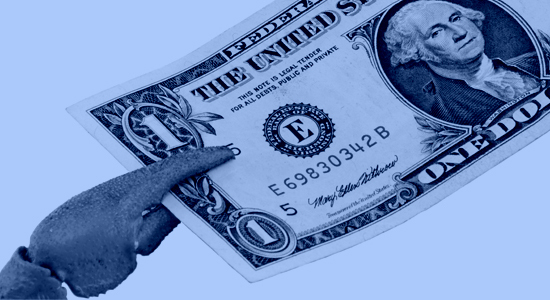 Updated NAVs brought with them the prospect of carry clawbacks for some firms last week. Four of Carlyle Group’s funds fell out of carry, Apollo Global Management could be facing close to $1 billion in clawback obligations, while KKR said its clawback liabilities are still “relatively contained”. Carmela Mendoza has been exploring some of the ramifications:

Fintech firm eFront issued its private equity performance report updated with full-year 2019 figures this morning. The data represent the calm before the covid-19 storm; LBO funds were generating a TVPI of 1.448x in Q4, outpeforming the the 10-year average, and average time-to-liquidity was stable and low at 2.73 years. Says eFront: “Funds that have been heavily investing in the pre-downturn period, particularly vintage years 2016-18, will experience the most substantial adverse effects on their performance.”

We are following up on two established PE brands that we understand are up for sale. If you know who we mean (we can’t name them here yet, but one is in Europe and the other in the US) and have some additional info, then do get in touch with adam.l@peimedia.com. Otherwise, stand by for details as soon as we can stand them up.

“To blame private equity for the unprecedented financial hardship currently facing the entire US healthcare system is intellectually dishonest and irresponsible.”

In a letter seen by the Financial Times, Blackstone global head of government affairs Wayne Berman hits back at senator Elizabeth Warren and congresswoman Katie Porter, who wrote a letter last month to Blackstone, KKR, New Mountain Capital and Frazier Healthcare Partners demanding an end to pay reductions for physicians employed by their portfolio companies.

Performance watch. Carlyle Group is the latest listed giant to feature in a special series of PEI’s Performance Watch comparing Q1 2020 results with those from the previous quarter. Though none of the firm’s PE funds reported a significant blow to MOIC during the first three months of the year – something that cannot be said of Blackstone – its 2014-vintage Carlyle Europe Partners IV did see its total net IRR fall by half to 4 percent.

Airline options. Virgin Atlantic has discussed potential rescue finance with a number of private markets firms, including Cerberus Capital Management, Centerbridge and Apollo Global Management, according to The Times (paywall).

Employees Retirement System of Texas has confirmed a $35 million commitment to Arctos Sports Partners Fund I, a contact at the pension informed Private Equity International. The firm’s maiden evergreen vehicle has raised $500 million thus far against its $1.5 billion target.

The $28.3 billion US public pension has a 13 percent target allocation to private equity that currently stands at 15.35 percent.

For more information on ERS Texas, as well as more than 5,900 other institutions, check out the PEI database.