A partnership with all the toppings

Patrick Doyle, former chief exec and 20-year veteran of Domino’s Pizza, has joined Carlyle Group as an executive partner. The private markets giant wants to tap Doyle’s expertise to bring about technological transformation in consumer and retail investments in North America and Europe. It will focus on public and private companies with established brands and enterprise values of up to $10 billion. Here’s what else we know from a Carlyle spokeswoman:

Much ado about nothing?

Subscription credit lines are divisive: investors either love or hate their perceived ability to influence IRRs. Is this controversy deserved? Analysis by Montana Capital Partners has found that for most funds, a credit line will only provide a minor boost to IRRs and for one-quarter of vehicles they can actually have a negative influence. With more LPs opting to quiz GPs on their borrowing – Denmark’s ATP PEP is the latest adopter – Montana’s analysis is compelling.

GPs who want to sell themselves off in future are increasingly building out legal requisites to make it easier to do so without investor approval, according to Eamon Devlin, fund lawyer at MJ Hudson. Of funds surveyed by the consultancy, 94 percent have “some restriction” on the ability of the GP to transfer the GP interest in the fund without investor or limited partner advisory committee approval. The concept of LP-GP alignment also needs to be expanded.“It’s more GP-LP-bank-minority fund owner alignment now,” Devlin says.

Ex-Ares execs step up. We recently caught up with former Ares Management executives Nav Rahemtulla and Adam Stein who founded LightBay Capital. According to them, LPs have become more sophisticated in manager evaluations, with one LP conducting a cognitive, personality and motivational assessment on the pair. “Fortunately, the investor is our partner today, so we must have passed!” they tell us. The duo is also donating a fixed percentage of their management fees and carried interest to a foundation they’ve founded.

Innova-tive fund close. Warsaw-headquartered Innova Capital has raised €271 million for its sixth fund. Sister title Secondaries Investor reported in 2017 that the firm was using a secondaries process to help raise the vehicle. HarbourVest Partners and a syndicate of investors backed a restructuring of the €381 million, 2010-vintage Innova/5 fund and made a stapled commitment to its successor. All’s well that ends well.

Ex-Future Fund trio update. The former private equity team at Australian SWF Future Fund has snagged its first mandate. Potentum Partners, which launched at the end of last year to help institutional investors with their PE programmes, has closed on a client mandate with an unnamed Canadian pension to help with its VC co-investment programme, co-founder Steve Byrom tells PEI. The group has made two additional hires in Melbourne and is sending co-founder David Simons to New York to build out the business. 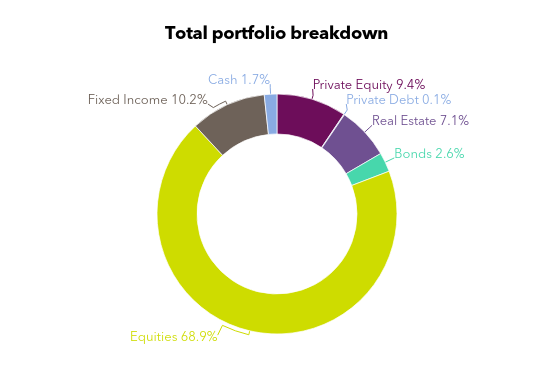 “A lot of the large buyout managers in Australia wanted to be your friend when they were in fundraising mode and then you wouldn’t hear them or see them for three years, at which point they’d pop up again.”

Hostplus’s head of private equity Neil Stanford talks to PEI about why the Aussie superannuation fund has shied away from buyout managers.