“The question is: how you can find trillions of dollars of bargains in a climate where there’s money everyplace? It will be interesting to see if PE turns out to be the panacea people are hoping for.” 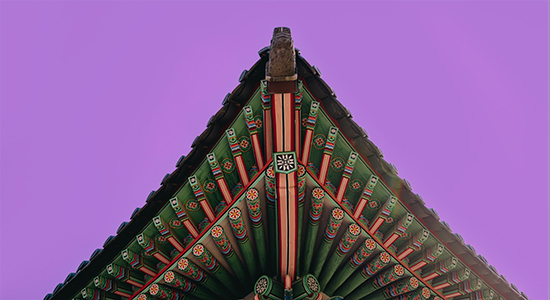 Carlyle’s Asia fund
Carlyle Group is planning to launch its sixth Asia flagship early next year, Private Equity International reports this morning. Carlyle Asia Partners VI is expected to seek between $8 billion and $10 billion, a source with knowledge of the matter tells us. If Carlyle opts for the latter figure, CAP VI would be more than 50 percent larger than its 2017-vintage predecessor.

That the firm is plotting a substantial hike in fund size comes as little surprise. Not only has Carlyle been extremely active in markets such as India during the pandemic, as PEI noted last year, but it is also understood to be eyeing a greater proportion of buyouts for its next vehicle.

The region itself has seen a pronounced flight to familiarity in private equity as travel bans, geopolitical tensions and regulatory uncertainty prompt LPs to seek comfort with brand name funds. Though only two Asia-focused vehicles – the $15 billion KKR Asian Fund IV and $10.6 billion Hillhouse Capital Fund IV – have closed north of the $10 billion mark to date, it would be no surprise to see more names on that list in the near future.

Send us your highlights!
Think your firm deserves recognition for something it’s achieved over the past year? There’s only one day left to submit your nominations for this year’s PEI Awards. There are 72 categories for 2021, including a brand-new Growth Equity Firm of the Year award. Everything you need to know about the process, including how to submit a nomination, can be found here.

CalPERS’ PE proposals
Seemingly not content with being the world’s seventh largest PE investor (per our Global Investor 100) the California Public Employees’ Retirement System is hungry for more. The agenda for the $480 billion pension’s Monday meeting includes five proposed investment policies for the system to consider. Though each candidate portfolio features different risk-return profiles, they would all involve raising the institution’s PE allocation to 13 percent from its current 8 percent target. They would also bump its real assets allocation by 2 percentage points to 15 percent, and introduce a new 5 percent private debt allocation.

PE accounted for 9.2 percent, or $44 billion, of CalPERS’ portfolio as of 30 September, and had delivered a 45.1 percent one-year return against a 43.6 percent benchmark, according to a quarterly update. The pension has been leaning heavily into co-investments and separately managed accounts of late in a bid to reduce fees and drive returns. If these latest allocation proposals are anything to go by, expect to see more of the same.

Joining the Race
Sticking with the Canadian theme, Richard Lam, former global head of VC funds at Ontario Teachers’ Pension Plan, has left to join US seed and pre-seed firm Race Capital, according to a post on LinkedIn. Lam spent nine years at OTPP, deploying more than $2 billion into VC and growth equity funds, and serving on over 20 advisory boards, per the Race website. OTPP’s Innovation unit, formed in 2019, managed C$3.5 billion – 2 percent of the portfolio – as of 31 December, generating a 16.3 percent return in its first year.