“That doesn’t mean the outside world should prepare itself for a commercial break where Samuel L Jackson is pitching Blackstone’s private equity funds.” 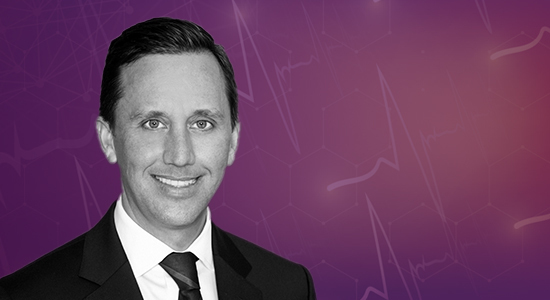 How to market a private fund
We know you’re keen to read about Carlyle Group‘s gargantuan fundraising plans, but if that’s of interest then you should probably also know what the SEC’s new marketing rules mean for private funds. In its latest Deep Dive, sister title Private Funds CFO explores how clearing away a web of no-action letters could drive innovation, while also introducing a new degree of complexity.

For the first time, PE funds have been told that they can, if they wish, pay people for testimonials, endorsements or outside ratings and discuss hypothetical performance.

Though good news for IR teams, compliance officers will have their work cut out in understanding what’s now considered an ad. One-on-one communications, for example, count if the fund has paid for it. To complicate matters, “non-cash” payments are viewed as compensation, meaning if you pay for dinner with a prospective and current client that sings your praises, you may have to make a variety of disclosures about conflicts or run afoul of the new rules. Cheque, please!

Carlyle’s road to $130bn
The Washington DC-headquartered firm, whose IR business is led by Nathan Urquhart, expects to raise at least $130 billion between 2021 and 2024, roughly half of which will come from global PE, per the firm’s investor day presentation Tuesday. That figure is 30 percent larger than the target of its last multi-year fundraising cycle. Here’s what we know:

High society
As of mid-February, the 10 largest PE funds in market were targeting almost $127 billion between them, according to PEI data. The total is nearly $20 billion more than the amount targeted by the 10 largest funds this time last year, as remote working and uncertainty prompts a flight to mega-fund safety. Click here for an interactive version of this chart.

More care home controversy
Patients are more likely to die at US care homes owned by PE firms, according to a study by the National Bureau of Economic Research. The report estimated that PE ownership increases the short-term mortality of Medicare patients by 10 percent, equating to more than 20,000 lives lost over a 12-year sample period. The sobering analysis was attributed in part to operational changes such as declines in nursing staff and compliance with standards, as well as a shift in operational costs towards non-patient care items such as monitoring fees, interest and lease payments. We’d love to hear your thoughts on this study.

Boyu’s back
Chinese PE firm Boyu Capital is seeking up to $6 billion for its latest fund, per Reuters. If successful, the vehicle would be nearly double the size of its $3.6 billion Boyu Capital Fund IV, which closed in 2019, according to PEI data. The Hong Kong-headquartered firm, founded by the grandson of a former Chinese president, recently shifted part of its operations to Singapore amid concerns over the elderly patron’s dwindling influence in China, the WSJ reported (paywall). A strong fundraise could be seen as a vote of confidence in Singapore, which has been making eyes at Hong Kong’s asset management community.

ECI in NY
UK mid-market firm ECI has launched its first overseas office in New York, per a statement. The outpost is designed to help portfolio companies with their stateside expansion plans and will be headed by Brett Pentz, a vice-president in the firm’s commercial team. The US is the most important international market for ECI’s portfolio, with one-third already in the country and over half looking to accelerate growth there.