“For anyone trying to buy something substantial in China, with a seller who isn’t straightforward, the thinking is don’t waste your time.”

The chief executive of a $10 billion PE firm in China tells the Financial Times that Blackstone‘s recent scrapped property deal for property developer Soho China means there are deep reservations about the regulatory process in the country. 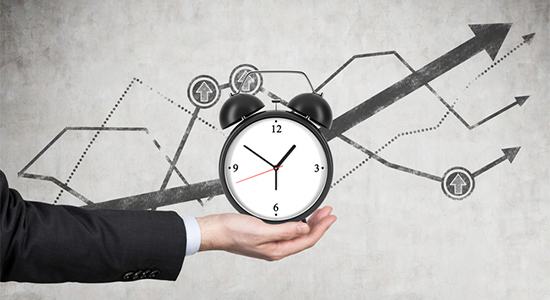 Death knell for continuation funds?
Continuation funds have been all the rage of late: processes involving GPs holding onto assets while delivering liquidity to LPs were worth $26 billion last year and the same in the first half of this year alone, according to data from Greenhill. This market could be about to undergo a rude awakening if a bill submitted in the US House of Representatives becomes law. Speaking at PEI Media’s CFOs and COOs Fall Forum yesterday, panellists noted that a provision of the bill that further limits favourable tax treatment of carried interest took the private equity market by surprise. Democrats plan to increase the time required for a fund to hold an asset before selling it for it to qualify for capital gains tax treatment from three to five years. Key to this is that the ‘clock’ on that time period only starts when a fund has invested “substantially all” of its committed capital.

As one panellist put it: “[Under] the bill as written, continuation funds wouldn’t work because you would trigger the gain” made on the underlying investment for tax purposes, realizing tax liability on the asset, which would then need to be held in the continuation fund until five years after that fund is “substantially invested”.

Generating carry and the way it is taxed are not (and should not be) the main motivations for GPs wanting to run continuation fund processes on their assets. Still, sponsors considering such transactions will now have this to think about.

New York’s new man
New York City Retirement Systems has a new head of private equity. Eneasz Kądziela, who has been at the $269 billion pension system since 2015, was appointed to the role on Wednesday, according to a statement. He replaces David Enriquez, who Private Equity International reported in May was returning to Rothschild’s merchant banking business. Kądziela, who will oversee NYCRS’ $18 billion PE portfolio, will have his hands full: the pension launched its PE co-investment programme in June and wants to deploy an initial $500 million over two to four years, as PEI detailed here.

Brazil needs you (to co-invest)
Side Letter recently caught up with a Brazil-based investment firm to chat about the state of the market there. One thing that stood out from the conversation was when it comes to co-investments, GPs are eager for investor dollars. Unlike in North America and Europe, where investors demand co-investment for a primary commitment, Brazilian GPs appear to be happy to have investors involved whenever they are able to be involved, an executive at the firm told us. Fee creep in co-investments – a trend increasingly common in more developed markets – are yet to hit Brazil, the executive said.

OTPP goes green
Ontario Teachers’ Pension Plan Board, administrator of Canada’s largest single-profession pension plan, has disclosed plans to achieve net zero greenhouse gas emissions on its investment activities by 2050. The organisation also said it will aim to reduce its portfolio’s carbon emissions intensity by 45 percent by 2025 and 66 percent by 2030 compared with its 2019 baseline. The targets cover corporate credit as well as real assets, private natural resources and equity across public and private markets and including external managers. “Given the scale and complexity of our investment portfolio, we believe this is an ambitious plan that will meaningfully lower emissions and contribute to the plan’s long-term sustainability,” said OTPP president and chief executive Jo Taylor.

New Mountain on inflation hikes
It’s on everyone’s minds. New Mountain Capital managing director, John Kline, says inflation is a major factor when evaluating portfolio companies and analysing businesses that can thrive and survive inflation. “We focus on companies with technology-enabled business models, strong pricing power and high free cashflow,” Kline told our colleagues at Private Debt Investor. “These attributes are important in all economic environments, but particularly critical during inflationary times.” Businesses in the technology sector with low labour costs, Kline believes, are better financially equipped to withstand inflation if it were to strike, than businesses tied to manufacturing with high labour costs.

Additional commitments made at the meeting were the following: $250 million to Hellman and Friedman X, $175 million to Quad-C X and $100 million to Apax Digital II.

VRS has a 13 percent target allocation to private equity, which stands at 15.6 percent. The pension’s recent private equity commitments have concentrated on diversified sector funds focused on either global or North American investments.