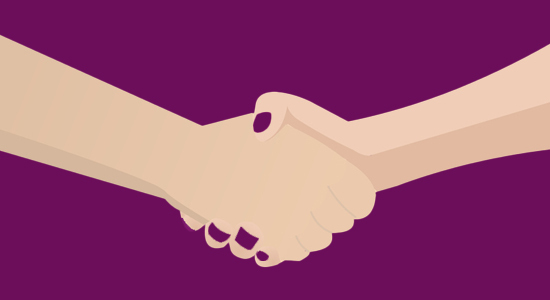 Meet us in person!
PEI journalists will be out and about in Cannes and London this week: senior reporter Madeleine Farman will be at the IPEM Conference, while senior editor Adam Le and senior reporter Carmela Mendoza will be at the London School of Economics Alternative Investments Conference today and tomorrow. Drop them a line on the links above – they’d love to catch up over a coffee.

Mega-fund alert
Clayton Dubilier & Rice has placed a $23 billion hard-cap on its 12th flagship buyout fund and is expecting to hold the final close on the vehicle before end-June, according to documents prepared for the Pennsylvania Public School Employees’ Retirement System. Clayton, Dubilier & Rice Fund XII, which has a $20 billion target, had raised $15 billion as of December, our colleagues at Buyouts reported (registration required). Its 2021-vintage predecessor closed on nearly $16 billion. Here are a few notes from the PSERS documents:

Waterland opens the floodgates
In case you missed it, European buy-and-build specialist Waterland Private Equity Investments has gathered €4 billion across two vehicles – Waterland Private Equity Fund IX and debut vehicle Waterland Partnership Fund I, per a Friday statement. Both funds closed on their €3.5 billion and €500 million respective hard-caps after four months on the fundraising trail. Massachusetts Pension Reserves Investment Management Board and New Mexico State Investment Council are investors in both vehicles, PEI data shows. PEI first reported on the firm’s capital raising plans in this profile of the firm – one of our most-read stories last year.

Pantheon’s new CFO
Pantheon has hired a chief financial officer from its parent company Affiliated Managers Group. Dean Maines joins the firm in the newly created role after 13 years at AMG, according to a statement. He is one of four people at Pantheon who have joined the firm’s partnership group this year, in addition to Stephen Branagan, global head of operations and head of Ireland; Dianne Remanous, chief human resources officer; and Akitoshi Yamada, head of Japan in the firm’s Asian IR team.

LatAm’s newest firm
Apex Capital, the new PE arm of Latin American conglomerate Grupo Mariposa, is seeking $300 million for its debut fund, Side Letter has learned. Apex Capital Core Fund I’s hard-cap is the same as its target, according to a source familiar with the fundraise. The vehicle held a first close on an unknown sum in December, most of which came from Latin American family offices and institutional investors with a presence in the region. It will target buyouts across Latin America, excluding Brazil, and US Hispanic consumer markets. Apex declined to comment.

Apex’s fundraise comes at a challenging time both for emerging managers and emerging markets, with many LPs preferring the familiar to the unknown in the current environment. Still, the direction of travel for LatAm PE has been largely positive in recent years, with growing middle class, younger populations and benign regulatory frameworks compounding an attractive opportunity set for GPs. Private capital investment in the region hit a record $29.4 billion in 2021, driven in no small part by venture capital, according to the Global Private Capital Association. Apex’s fundraise may well have near-term headwinds to contend with, but there appear to be plenty of longer-term tailwinds for it, too.

A changing impact
In a move that may help impact investors to diversify their portfolios and increase exposure to specific themes, two investment consultancies have joined forces to launch an impact fund of funds, our colleagues at New Private Markets (registration required) report. Impact advisory firm Collective Action and private funds platform Nordic Investment Opportunities have formed a partnership resulting in the launch of Planet&People One, which is designed to resolve some of the major obstacles facing existing and would-be impact investors.

P&PO plans to invest via specialist funds across six themes: climate solutions, circularity, water, food and agriculture, healthcare and education. It is seeking to raise €150 million for its first fund from 10-12 investors; the debut fund intends to start investing this summer and will make between eight and 12 fund commitments.