“I have made allocations to more than 50 PE funds and there are a dozen where it is unclear what is being charged as an expense, even with the help of an external auditor which we hire to try to verify the information provided by our GPs.”

An unnamed LP with a multibillion-dollar private equity portfolio tells the Financial Times that expenses are the biggest cause of misalignment with GPs. 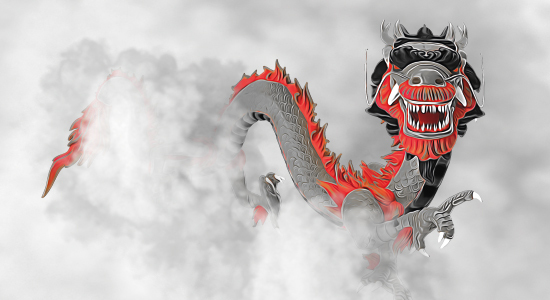 Here be dragons
Private Equity International‘s latest Deep Dive looks at how Chinese firms are responding to Beijing’s latest series of regulatory crackdowns. With a number of sectors like data-heavy consumer tech and education now considered an investment risk, GPs are flocking to those perceived as less likely to come under regulatory scrutiny, such as healthcare or renewable energy.

While some managers we’ve spoken to have been quick to point out that they were already investing in these safer sectors, these firms may still face indirect consequences. “Competition has always been quite significant in China’s late-stage market,” one Chinese VC and growth equity executive told us. “We’ll see even higher valuations due to this narrowing of sector focus.”

This potential blow to returns comes at an already challenging time for Chinese fundraising, with geopolitical tensions and a more hostile listing environment in the US also contributing to greater hesitancy among western LPs. Of course, China is far too large and fast-growing for sophisticated, alpha-hungry investors to ignore long-term but – at least for the time being – this heightened risk may well benefit larger, pan-regional funds that don’t hold all of their eggs in one basket. Read the full story here.

Second chances
Another day, another enormous LP stake sale. This time it is the turn of New York State Teachers’ Retirement System, which is selling a portfolio of PE fund stakes valued at about $2.6 billion, affiliate title Buyouts reports (registration required). The portfolio is one of the largest to hit the secondaries market and comes amid a sharp rebound in LP portfolio transactions after a pause during the pandemic. Harvard Management Co, for example, sold a portfolio of fund stakes valued at around $1 billion, while State Teachers Retirement System of Ohio sold a $1 billion-plus PE portfolio, affiliate Secondaries Investor reported (registration required). Sellers are being motivated by high prices and the numerator effect, while many buyers are flush with cash in a strong fundraising environment.

New deals are alive with the sound of music
Music rights, a niche corner of the alternatives landscape, has been thrust into the spotlight in recent months. Blackstone is among the strategy’s newest fans, having last month acquired a $1 billion portfolio and a GP stake in London-listed investment firm Hipgnosis. Apollo Global Management, meanwhile, seeded newly launched media investment firm HarbourView to the tune of $1 billion and KKR snapped up a $1.1 billion music portfolio from Kobalt Capital.

While these deals, at their simplest, involve the purchase of equity in song rights, investors often treat them as credit investments. Funding for Apollo and KKR’s deals came from pools of capital dedicated to private debt investing; Blackstone invested via its flexible Tactical Opportunities programme. The appeal for private credit investors is clear, with proponents pointing to strong downside protection undergirded by cultural demand. There are also elements of growth investing, with managers able to unleash their growing data science teams to drive optimisation and monetisation opportunities. Expect to hear of more deals in this area soon.