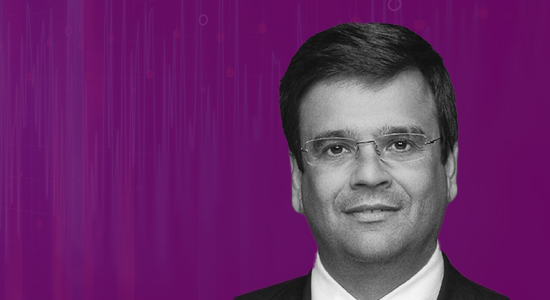 Not so private equity

‘Private’ equity is becoming something of a misnomer, according to Coller Capital’s latest barometer, which says the days of PE flying under the radar are coming to an end. “The industry is now simply too big for society to ignore,” notes Jeremy Coller (pictured), the firm’s chief investment officer, in the report. Privacy foregone, firms are facing new and renewed scrutiny from LPs and society at large. Here are some key takeaways from the report, which captures the sentiments of 102 investors:

Apollo Global Management is the latest to join a group of firms raising record sums for PE, as it seeks $25 billion for its 10th flagship fund, per a Bloomberg report (subscription required). The firm, which declined to comment to Side Letter about the fundraise, is expected to start marketing the fund early next year, with an initial close by June. Life insurance company Athene – which Apollo merged with this year – is said to be investing in the vehicle, according to the report.

Scott Kleinman, co-president of Apollo, had said on the firm’s third-quarter earnings call that Fund X, when launched early next year – would “ultimately be as large, or larger, than its 2017-vintage $24.7 billion predecessor”.

Another important factor in the fundraise is the significance of retail investors. Kleinman noted that the firm’s wealth management – which has been a big contributor to the firm’s yield and hybrid platforms – would “become a more relevant investor in our equity business as well”.

Amid fiercer competition, higher market pricing and mountainous reserves of dry powder in the industry, five firms are going big and targeting at least $22 billion in the coming year for their latest funds. Check out this chart:

Sticking to the topic of private wealth, fundraising platform Moonfare has struck a partnership with Swiss private bank Bordier & Cie, according to a statement. Bordier is the first bank in Switzerland to partner up with Moonfare, and it is the 10th such tie-up the fintech firm has made with a private bank since it launched in 2016. This would give Bordier & Cie’s clients access to Moonfare’s portfolio of funds. The bank’s clients are eyeing European buyout, Asian buyout and impact strategies, as these complement their existing investments in Europe growth tech, infrastructure, North American buyouts and US Venture, a spokeswoman from Moonfare has told Side Letter.

Pennsylvania State Employees’ Retirement System, one of the few large public systems trying to reduce exposure to PE, recently lost another investment officer, affiliate title Buyouts reports (registration required). Jason Burger, a private equity investment official, left the pension this month after a three-year stint. His departure follows that of alternatives director and seven-year veteran David Felix over the summer. The losses come as the system, a major backer of PE funds, contemplates the future of its programme. The system slashed its allocation target to 12 percent from 14 percent this year to make room for a revamped allocation to public equities. As of the first quarter, PennSERS’ allocation stood at 12.3 percent, and was valued at about $4.6 billion.

It’s Monday, so here are some LP meetings to watch out for this week.