Our research colleagues are compiling data for our annual LP Perspectives survey and we want to hear from all investors globally – on an anonymous basis – about their PE investment plans in 2022. Now in its 10th year, the survey results will be published in a special report for Private Equity International subscribers in December. Click here to take part. A $5 donation to UNICEF’s Afghanistan Emergency campaign will be made for every completed set of responses.

“The added return by allocating to private assets has been very, very large, and the benefit to the trust has been meaningful” 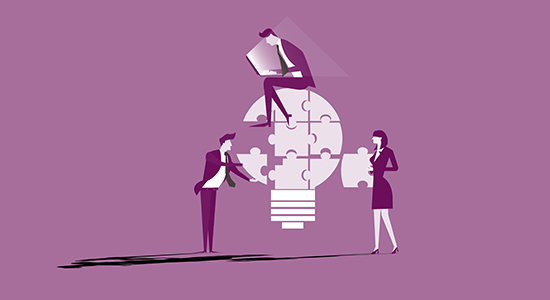 Coming back for seconds
By the time you finish reading today’s Side Letter, there’s a high chance another secondaries firm will have been snapped up by a PE house. That’s the sentiment we’re getting from the hot M&A market for secondaries managers, with the latest example being Coller Capital. The London-headquartered firm, synonymous with helping to pioneer the secondaries industry, is the latest to put itself on the block, our colleagues at Secondaries Investor reported on Friday (registration or subscription required).

The development comes in a year when at least six secondaries firms have been acquired by large alternatives houses – including CVC Capital Partners’ purchase of Glendower Capital, confirmed last week. Side Letter is aware of at least one other potential deal on this front, so stay tuned. And for any readers in need of a refresher on why secondaries firms are being snapped up left right and centre, here’s a chart showing annual trading volume growth over the last eight years:

Devlin’s departure
ICYMI: On Friday, PEI broke the news that Eamon Devlin, one of PE’s most prominent legal minds, is stepping down from MJ Hudson. Devlin was MJ Hudson’s first managing partner and had been with the firm for more than a decade. His next steps are unclear, and it appears he’s leaving the industry for now. Frequent readers of PEI will have seen Devlin’s name pop up in countless articles over the years on everything from secondaries to M&A to co-investments. He’s also something of a poet.

Africa special report
It’s little surprise that African PE, like that in other emerging markets, has been disproportionately impacted by a pandemic-driven flight to familiarity. There are emerging signs, however, that the continent is recovering, as PEI explores in this month’s Africa special report.

Almost all GPs that were engaged in fundraising in Africa at the onset of the pandemic saw their plans thrown into turmoil, with 96 percent being forced to extend their fundraising cycle, according to the African Private Equity and Venture Capital Association. A further 38 percent reduced their fundraising target. The forecast looks a little brighter this year, with 74 percent of African GPs focused on raising new funds, compared with only 54 percent in 2020.  Dig deeper into Africa’s fundraising landscape here.

Labouring the point?
Rising frustration in the US over the carried interest ‘loophole’ is at risk of spilling over into the UK. Shadow chancellor Rachel Reeves is expected to say today that a Labour government would move to tax carried interest as income, rather than at the lower capital gains rate, according to the Financial Times (subscription required). Just over 2,000 people received £2.3 billion ($3.1 billion; €2.7 billion) in carried interest in 2017, equivalent to more than £1 million each; changing the rules could raise £440 million a year for the exchequer. Labour’s position mirrors that of some Democrats in the US, who have proposed changes of their own. It comes as US PE giants do battle over a swathe of UK assets.