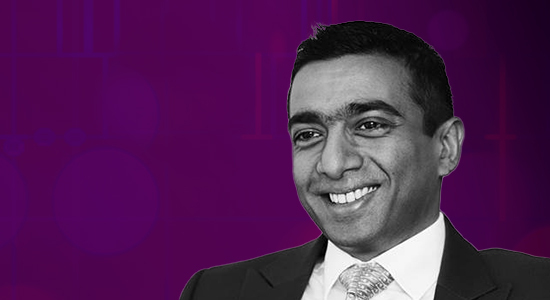 CPPIB to back single-asset secondaries
CPP Investments is changing tack on how it wants to access concentrated exposure to high-quality PE-backed companies. The C$550.4 billion ($432.8 billion; €393.5 billion) pension giant will start investing in so-called single-asset secondaries deals – GP-led processes that typically involve moving one prized asset out of an existing fund and into a continuation vehicle, London-based managing director Dushy Sivanithy tells Side Letter. The pension plans to deploy up to $1 billion a year via the strategy.

The move is significant for the Canadian pension, which had until late last year avoided such deals and instead accessed concentrated exposure in single companies via direct co-investments, which typically don’t charge fees or carry. But with single-asset deals becoming the fastest growing segment of the GP-led secondaries market and with sponsors including Clayton, Dubilier & Rice, KKR and Insight Partners using such deals to hold on to prized assets, CPPIB’s about-turn is a no-brainer.

The pension will back deals even if it doesn’t have an existing relationship with the GP running the process, Sivanithy adds. With the world’s largest investor in private equity now an active player in this market, in addition to its ability to make fund commitments as part of these deals, we suspect CPPIB’s phones are going to be ringing off the hook.

When not to re-up
Are you a Western GP hoping to expand your LP base at a time when existing investors are struggling to find capacity for every re-up on their plate? Enter: Hyundai Marine & Fire Insurance (HDMF), a South Korean institution with $35 billion of AUM and a 25 percent allocation to alternatives, roughly one-quarter of which is in PE.

HDMF is one of the few LPs these days with both the desire and resources to build new GP relationships, and it is on the hunt for either buyouts, growth or venture capital, PEI reports this morning. Although, like many of its peers, HDMF is inundated with re-ups, senior manager Innchul Oh is willing to take a pragmatic approach to ensure the institution participates in the best opportunities.

“It is very hard to invest with new GPs because we already have a huge portfolio, so we should consider our existing GP relationships,” Oh says, noting that on rare occasions, the institution will decline to back an existing relationship “I do not want to invest more if GPs do not make their target returns or if there was a huge turnover in their investment professionals or huge changes in their ownership structure.” Read the full interview here.

Asia’s appeal
Given EQT’s acquisition of Baring Private Equity Asia this morning (ICYMI: find our coverage here), it is fitting that almost half of institutional investors believe Asia-Pacific boasts the best investment potential for 2022. That’s according to the latest global institutional investor survey from Adams Street Partners. Driving factors behind Asia’s appeal include the region’s lower valuations and long-term growth potential relative to other markets. Here are some other notable takeaways:

Inflexion point
London PE stalwart Inflexion has made 100 investments since inception in 1999, per a Wednesday statement. The landmark follows a record year in 2021, which saw eight exits, 12 new investments and 97 add-ons. The firm has also completed four new investments this year, and exited online learning business Alcumus for a 5.9x and its largest cash return to date. Of its 100 acquisitions, 45 have been realised, achieving a 3.5x weighted average return.