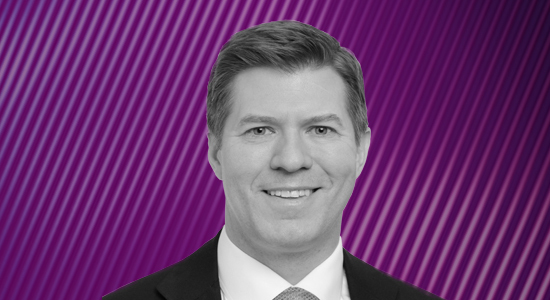 Canada’s largest pension fund has been a staple of the private equity landscape for the past decade and more, emerging not only as the top-ranked LP in the asset class but as a direct investor in its own right. Visma, Merlin Entertainments, Sportsradar – just some of the direct deals CPP Investments counts under its belt. The man leading the pension’s direct PE business since 2016 has been Ryan Selwood (pictured above), a 15-year veteran of the institution. Selwood is understood to have resigned last week, just a week after the pension named Asia-Pacific head Suyi Kim to succeed Shane Feeney as head of its global PE business. Maximilian Biagosch, a former Permira executive who joined the pension in 2015 and has been leading its portfolio value creation group, is set to replace Selwood, a source familiar with CPP tells us. Whoever takes over the directs PE business will have big shoes to fill: the unit contributed “significant net income” to the overall private equity group and to the pension in the year to end-March, delivering net income of almost $13 billion. More details from our story here.

Baring Vostok founder Michael Calvey and his colleague Philippe Delpal were found guilty of embezzlement last week in a case that has haunted Russia’s PE market for more than two years. Though the verdict is undoubtedly a blow, Calvey and Delpal will be relieved to have avoided further detention, receiving suspended sentences of five-and-a-half and four-and-a-half years, respectively.

“Compared to most cases, receiving a suspended sentence is already almost a victory,” Calvey said in a statement. “But on the other hand, it is simply outrageous to be convicted of a crime that never happened.”

Make no mistake, this outcome is bad news for Russian PE. Last month, Calvey told the Russian court that an innocent verdict could unleash a torrent of international investment into Russia. We’re not sure about the “torrent”, but an innocent verdict would certainly have been welcome among the country’s PE and VC managers, some of whom have turned to domestic, Asian and Middle Eastern capital while the Baring Vostok case played out.

Calvey and Delpal may be walking free, but western investors and GPs will not be quick to forget. It will take more than a suspended sentence for the PE floodgates to open any time soon.

US Senate Finance Committee chairman Ron Wyden and senator Sheldon Whitehouse last week introduced a bill intended to tackle the carried interest loophole. The bill, which you can read here, would address the re-characterisation of income from wage-like income, taxed at 37 percent, to lower-taxed investment income, taxed at 20 percent. Unlike previous bills, it would also end the ability to defer tax payments. By no means a new idea, carry reform has become something of a bipartisan issue, even drawing support from Trump in his first presidential campaign. Watch this space.

PE’s love of retail investors has been widely recorded (including by PEI here), but is the feeling mutual? On Friday, Forbes published an article entitled How Big Promises And Fat Fees Turned Private Equity Into A Lousy Investment. Citing an aspiring whistleblower, the report alleges that retail versions of PE funds have performed worse than expected, and well below the S&P 500. We’d love to know what our readers make of these claims – share your thoughts here.