“I’m hearing a whole lot of testosterone and I’m not hearing any women.”

Nilza Serrano, a board member of the Los Angeles City Employees’ Retirement System, is pushing the pension to consider gender, as well as ethnic, diversity among its managers’ leadership. 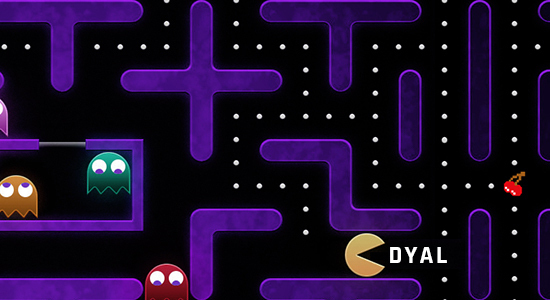 Dyal and the SPAC plan
There’s never a dull moment with Dyal Capital Partners around. We heard rumours a few weeks ago that the team – a subsidiary of Neuberger Berman that makes minority investments in GPs – was hatching a plan to go public. Last night’s announcment, which was a response to reports in the WSJ (paywall), shows we were only partly right.

Dyal is in discussions to merge with credit fund manager Owl Rock Capital Group and become a publicly listed company through a deal with a special purpose acquisition vehicle, Altimar Acquisition Corp. The combined entity would have valuation of around $13 billion, according to the WSJ.

Details from the statement: “The founders of Owl Rock and Dyal would lead the standalone firm, and the investment teams and processes would remain unchanged. The Owl Rock and Dyal founders, alongside Neuberger Berman, the parent of Dyal, would own meaningful positions in the combined business.”

The context: when it comes to the fashionable strategy of buying minority stakes in GPs, Dyal is a big fish in a relatively small pond. It has done more than 50 deals and manages nearly $22 billion in LP capital. Check out this table to see a spread of the firm’s deals. It is also making a name for itself as an innovator, initiating a number of interesting secondaries transactions and cooking up an interesting deal to invest in basketball franchises.

That Dyal spins out from Neuberger Berman should not be surprising. As one Dyal LP described it recently, it has become “kind of an odd fit” for the $374 billion privately owned asset management business that was founded in 1939 (read our profile and NB here).

The proposed combination with Owl Rock is interesting. Owl Rock is a fast-growing newcomer to the private debt scene. Founded in 2016 by Doug Ostrover – the “O” in GSO Capital Partners – the firm has amassed $23.7 billion in AUM, helped by an investment from Dyal around a year ago.

The two firms combined start to look like the first two pillars of a heavyweight multi-strategy private markets business. In Dyal’s portfolio, the firms have plenty of options when they go looking to acquire the next pillars.

Holding on to a prized asset
CapVest has held on to a prize asset through one of the largest secondaries deals to take place in Europe this year.

The London-based mid-market manager gave LPs in its 2013-vintage fund the chance to roll into a continuation vehicle with nuclear medicine business Curium Pharma or sell to a group of secondaries investors. The continuation vehicle raised €1.2 billion, with Intermediate Capital Group underwriting €500 million, and Pantheon and Goldman Sachs Asset Management also taking a piece of the process advised by Evercore.

CapVest put Curium up for sale in January before pulling the process in March due to covid-19, with Nordic Capital, Bain Capital and CVC Capital Partners left hanging.

“Some of the biggest names in private equity wanted this [asset] but CapVest decided when covid hit that they would rather keep it,” a secondaries buy-side source told Secondaries Investor.

Given the volume of single-asset GP-led deals in the market at the moment, this is likely to happen more and more often.

LP-friendly waterfalls. Most funds recently coming to market have a European-style, LP-friendly, “whole-of-fund” waterfall structure, as opposed to distributing carry on a deal-by-deal basis, according to research from MJ Hudson. The study showed a shift among managers in the US, which has always been the home of deal-by-deal carry: this year 40 percent of US managers used whole-of-fund waterfalls; last year it was only 27 percent.

Wafra on first-timers
Thinking of raising a first-time fund? Here’s some advice from an investor in new firms.

The pension’s recent private equity commitments have been to funds that focus primarily on North American investments. NHRS has a 10 percent target allocation to private equity that currently stands at 12.3 percent.

For more information on NHRS, as well as more than 5,900 other institutions, check out the PEI database.