New Mexico governor Michelle Lujan Grisham, who also serves as chair of the State Investment Council, was stunned by the $313 million rise in private equity NAV for Q2 2021 that it reported at Tuesday’s meeting. 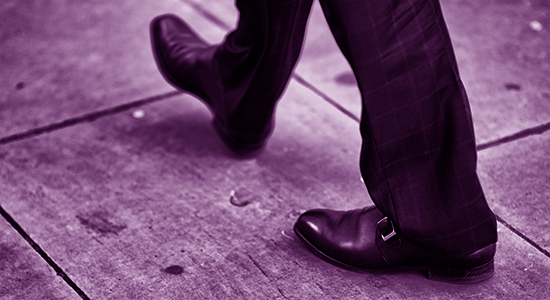 If you can’t Eaton, join ’em
Eaton Partners has become something of a mainstay in Private Equity International‘s headlines over the past 18 months amid a string of senior departures from its Asian leadership team. Last night, we revealed that senior director and head of the Hong Kong office Thomas Yu will be the next to leave. Yu, who joined Eaton in 2019 following an 18-year stint at UBS, will be replaced by Jonathan Lee, a former director and six-year veteran of MVision.

Yu’s destination is, as yet, unclear. His departure from Eaton follows that of all senior staff in Shanghai earlier this year, as well as former Asia head Chris Lerner and Hong Kong boss Jackson Chan, last year. Chan has since reunited with a number of former Eaton colleagues to launch tech-enabled GP advisory Thrive Alternatives, PEI reported in September. Chan’s colleagues at Thrive include Gianluca D’Angelo, Eaton’s former head of EMEA, and Robin Tyrangiel, a former managing director. Lerner is a senior adviser to the venture.

The Asia placement landscape has been in a state of flux during the pandemic, with a number of senior executives moving in-house to GPs aiming to institutionalise their investor relations teams. As travel disruption and a flight to larger, pan-regional strategies looks set to continue on into 2022, we wouldn’t be surprised to see more high-profile placement agent moves in the year ahead.

The highest form of flattery
Back in 2017, Jos van Gisbergen of pension fund manager Achmea told PEI that PE investment professionals, especially the “average-performing ones” should prepare to be replaced by replicators (in other words, indices which mimic PE holdings and portfolio characteristics via a liquid public market equity portfolio). The idea was thrust back into the spotlight this week courtesy of professor Randy Cohen of Harvard University, who told his class that with the right selection of small-cap listed companies, some leverage and judicious use of options, he could recreate PE returns and with a much lower fee burden, Bloomberg reports (subscription required).

A number of groups have developed replicators to date: van Gisbergen was referring mainly to Chicago-based DSC, which produced more than one investible index in partnership with Thomson Reuters; Cohen, for his part, advises the Mackenzie Private Equity Replication Fund via his firm PEO Partners. Still, until he or a peer hits real scale, the concept is likely to remain a distant threat for PE. “My job involves two things,” Cohen said. “Stand in front of dead-eyed 18-year-olds who are hungover and, once a year, come up with something new and true.”

Next stop: consulting
Paul Nathan, a former managing director and one-time chief operating officer at UK pension giant Railpen, has left to form an investor consultancy. Triad Advisory will help asset owners and other institutions “understand the present and anticipate the future”, Nathan said in a Tuesday LinkedIn post. Nathan spent four years at the £30.5 billion ($40.8 billion; €36.3 billion) Railpen before his departure in September, and was once chief operating officer of Oxford’s Saïd Business School. His new venture promises to help build scenario-based strategy, audit its progress and support decision-makers in imagining and anticipating alternate futures.

Novalpina: a bad Apple?
If you thought 2021 couldn’t get much worse for investors of Novalpina Partners, the ‘dysfunctional’ PE firm that was subject to a GP removal this year, think again. On Tuesday, tech giant Apple filed a lawsuit against Novalpina portfolio company NSO Group alleging that the Israeli tech business had produced state-sponsored spyware that was used to surveil a small number of Apple users, per a statement. NSO, which Novalpina has owned since 2019, is no stranger to controversy: earlier this year, an international group of journalists known as the Pegasus Project alleged that its software had been used to target the likes of politicians, human rights activists and political dissidents. NSO denied the claims.

This latest news caps a tumultuous year for Novalpina, whose three founders were forced to hand over management of their €1 billion debut fund to consultancy Berkeley Research Group after a protracted leadership dispute that played out in Luxembourg’s legal system for roughly half a year. The fracas and resulting GP removal among a trio that had once been lauded for their extensive history of collaboration serves as a stark reminder that misalignment can occur at any level.

ChrysCapital: India market with a large fund
Indian PE firm ChrysCapital is seeking $1.26 billion for its ninth flagship fund, per a Monday US Securities and Exchange Commission filing. If successful, the vehicle would be the largest raised by a domestic manager to date, and more than 40 percent larger than its 2018-vintage predecessor, according to PEI data. Indian PE activity has exploded during the pandemic, with names such as Carlyle Group, KKR and Warburg Pincus among those splashing out. At least one pan-regional player has told us the market could receive a larger chunk of its future capital at the expense of China, which is grappling with regulatory uncertainty and geopolitical tensions.