“If the industry is to avoid incurring greater wrath from external stakeholders, it should reframe the way it approaches how it creates value… through disclosures and transparency that relate to the general partner’s and the portfolio’s strategy, performance, and include key metrics such as debt” 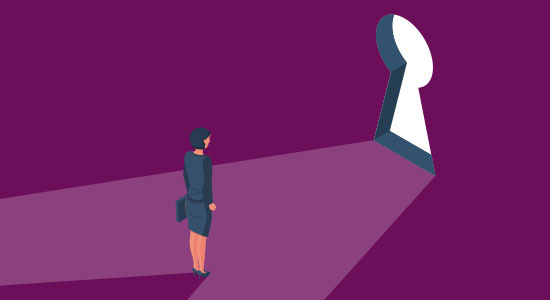 Emergency exits
China’s latest regulatory crackdown appears to have set back some of the progress it had made in shrugging off a reputation for stilted private equity distributions, and prompted some GPs to get creative around exits. More firms are taking the time to negotiate greater flexibility in their future exits as the environment for IPOs or trade sales becomes more challenging, Maureen Ho, a partner at law firm Morrison & Foerster, tells Side Letter.

“That [can] include asking to invest in the form of convertible debt instrument, asking for put options, minimum returns, exit demand rights and the ability to structure alternative exit strategies like transfer of economic interest associated with the equity in the portfolio,” she says.

Though guaranteed exit mechanisms are common in minority transactions across Asia, their apparent increasing frequency and variety in China is partly due to Beijing and Washington, DC both acting to reduce the number of Chinese businesses listing in the US. The ability of strategic buyers to execute deals has also become more uncertain, with some Chinese purchasers having to restructure their acquisition due to foreign investment control concerns in the primary jurisdiction in which the target operates.

These mechanisms are no guarantee of an attractive return. “They are for downside protection only, and PE doesn’t go in for downside,” another M&A lawyer told us recently. “This would be the nuclear option.” Though investors may take some comfort from knowing they will be insured against significant losses, GPs will also need to be selective in their dealmaking to ensure emergency measures won’t be necessary.

Apollo on the hunt
Another day, another mega-fund. Apollo Global Management is the latest PE giant to hit the fundraising trail, having begun marketing its 10th flagship fund in January with a $25 billion target, the firm’s co-president Jim Zelter said during a Friday earnings call. That figure will contribute to at least $80 billion of inflows Apollo is targeting this year across strategies.

“I believe we are in the right place, at the right time, and the 2022 fundraise for Apollo X will be very successful as we offer our large institutional clients a different approach… to get returns in a market that seems to have lost a bit of the go-go spirit,” chief executive Marc Rowan said on the call. Here are some other highlights:

POBA’s changing of the guard
Public Officials Benefit Association, the 16.4 trillion won ($13.7 billion; €12.1 billion) Korean public pension, has named a new chief investment officer. Incumbent Dong Hun Jang’s tenure has come to an end after six years, he said on LinkedIn last week. He has been replaced by Heo Jang, former head of investment at DB Insurance, for a three-year term, per the Korea Economic Daily. Jang will have his work cut out: POBA raised its target allocation to alternatives to 63.1 percent from 58.1 percent as of end-2020. The bulk of that increase will be in real estate. Its target PE allocation increased 0.2 percentage points to 15.5 percent.

Clearlake’s capital pool
Buyout firm Clearlake Capital has collected $10 billion for its latest flagship, according to documents from the Connecticut State Treasurer. Clearlake Capital Partners VII held a first close in September and has a $13.8 billion hard-cap. The vehicle will make about 18 to 22 core investments in the mid-market with average equity hold positions of $500 million to $750 million. Clearlake raised $7.1 billion for its 2020-vintage predecessor, which had generated a 1.5x total value multiple and 84 percent net IRR as of 30 June.

LSP’s capital injection
Amsterdam-based VC firm Life Sciences Partners is already reaping the rewards of its upcoming acquisition by EQT. The firm collected a €150 million cheque from a single investor for its latest fund one day after disclosing the partnership in November, according to a statement last week. That sum pushed LSP 7 to its €1 billion hard-cap, making it the largest European life sciences VC fund raised to date. LSP will be renamed to EQT Life Sciences when the transaction closes this quarter. You can read more about their impending tie-up here.