“If we want these disclosures to be truly effective – if we want to see true societal change – they should be embraced by large private companies as well.” 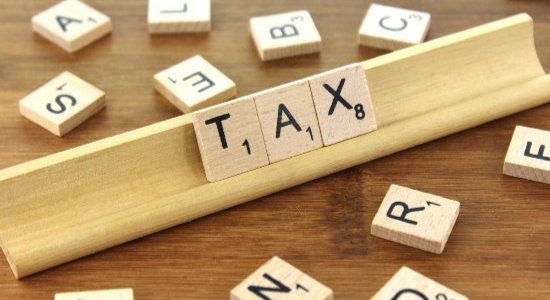 More on Leon Black
For any readers who didn’t have the time to read through law firm Dechert’s 22-page report into the relationship between Apollo Global Management chief Leon Black and Jeffrey Epstein, here are some key takeaways:

Read more in our coverage here.

Another blow to Korean PE?
A dispute between a consortium of PE firms and Kyobo Life Insurance appears to have escalated. Key officials from the group, which includes Affinity Equity Partners and IMM Partners, have been indicted by Korean prosecutors for allegedly mispricing shares subject to put options, which enabled the group to sell their position to the company’s chairman, according to The Korea Herald. The group acquired a stake in Kyobo in 2012 and was already in arbitration over an attempt to exercise the put option under the terms of a contract requiring the company to go public by 2015. Baring Private Equity Asia, another member of the consortium, is understood not to have been included in the indictment.

Future Fund(s)
Australia’s Future Fund is sitting on a mountain of dry powder. The sovereign wealth fund grew to a record A$171 billion ($132 billion; €109 billion) as of 31 December, of which 19.8 percent is in cash, according to a Tuesday portfolio update. Future Fund made itself highly liquid during the pandemic by offloading a significant chunk of its PE portfolio, a move PEI explored in its October Deep Dive. On a call accompanying the update, chief investment officer Sue Brake said the cash reserves were not as defensive as they may appear, but rather could be considered “dry powder” that provides flexibility.

Lex shoots for the Moon
Online fundaising platform Moonfare just became more liquid. Secondaries giant Lexington Partners plans to acquire fund stakes sold on the platform through a “formal process” held twice a year, per a statement. The Berlin-headquartered company will run a digital bidding round and “endeavour to find the best liquidity solution possible for sellers”. Moonfare has more than 25 funds on the platform, including ones managed by EQT, Carlyle Group and Warburg Pincus.

Buy another way
UK take-privates deals have more than tripled as Brexit and the pandemic take their toll on share prices, according to advisory firm BDO. There were 25 public-to-privates in the 12 months to September, up from seven in the preceding period. Deal value also rose 250 percent to £21.3 billion ($29 billion; €24 billion). Find out what’s in store for European take-privates this year here.

Origin-al strategy
London-based Oakley Capital Private Equity has held a final close on its debut lower mid-market fund on €455 million, per a statement. The Origin Fund surpassed its €350 million target after about six months in the market. The vehicle will target growth opportunities in the technology, consumer and education sectors, deploying between €10 million and €50 million per deal.

The $11.8 billion US public pension has a 5.0 percent target allocation to private equity that currently stands at 4.0 percent.

For more information on CTPF, as well as more than 5,900 other institutions, check out the PEI database.

Today’s letter was prepared by Alex Lynn with Carmela Mendoza and Adam Le.

– This article was updated to clarify that no officials from Baring Private Equity Asia were included in the indictment.