“It’s difficult to say that if you can buy things at half the EBITDA multiples in some African countries and in good businesses, that that’s not a good risk-reward trade-off.”

Speaking at the AVCA conference on Wednesday, Carlyle Group co-founder David Rubenstein says his family office, Declaration Partners, wants to double down on emerging markets like Africa because of high valuations. 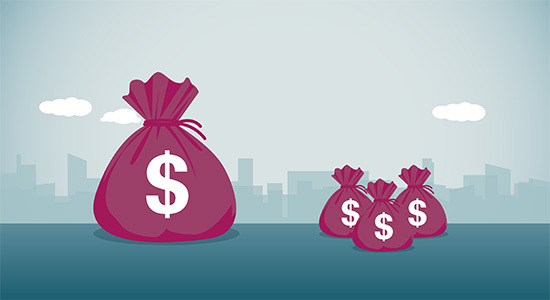 EQT’s haul
EQT has held the final close on its ninth flagship fund as mega-funds continue to make hay during the pandemic. The firm raised €15.6 billion for EQT IX, according to a statement this morning. EQT IX launched in January 2020, made its first investment in July, and is about 40-45 percent invested. The vehicle, which is 45 percent larger than its 2017-vintage predecessor, marks EQT’s first major close since listing in 2019.

This vehicle is the latest in a string of mega-funds to have thrived on the road at a time when less-established players suffered. PE funds enjoyed their best-ever Q1 fundraising this year thanks to mega-raises by KKR, Apax Partners and Coller Capital. With the likes of Hellman & Friedman Capital Partners X and KKR North America Fund XIII targeting $20 billion and $14 billion respectively, we could see a similar story in quarters to come.

ILPA’s diversity progress
The Institutional Limited Partners Association has released its first quarterly report since launching the Diversity in Action initiative in December. Here are some key takeaways:

AlpInvest’s easy access
AlpInvest Partners has closed its latest co-investment fund above target on $3.5 billion, Side Letter has learned. Raised entirely virtually, AlpInvest Co-Investment Fund VIII attracted commitments from 120 LPs across six continents. “It’s been much easier to access people than it was pre-lockdown,” says co-head of co-investment Rob de Jong. “For due diligence sessions, we have had the opportunity to interact even more with management teams and GPs.” The Carlyle subsidiary has completed more than 300 co-investments and returned a 2.1x gross multiple of invested capital since inception, per a presentation seen by Side Letter.

PE warms to SPAC sales
SPACs are increasingly important exit routes for PE firms. Such vehicles accounted for 19 percent of PE exits in the first quarter of 2021, more than double the figure in Q3 2020, according to a preview of EY’s Global PE Pulse 1Q2021, published later today. Firms have also embraced these vehicles as managers, with SPACs backed by PE firms raising $25 billion over the last 12 months. Hamilton Lane is one of the most zealous converts, with plans to launch an entire family of SPACs.

Trudeau’s budget blow
Canada’s latest budget, published Monday, includes a tax provision that could impact PE firms. The plan would limit tax deductions that businesses can take for interest they pay on loans to 40 percent of earnings in 2023 and 30 percent from 2024. Canada’s move is in line with other members of the G7 and EU, and follows a 2015 OECD report intended to limit “excessive” interest deduction. PE is of course known for using debt financing to juice returns, a dynamic that could be diminished by the latest proposals.

South Carolina Retirement System has made $295 million in commitments across four private equity funds, according to minutes from the pension’s April commission meeting.

The $35.61 billion pension has a 9 percent allocation to private equity.