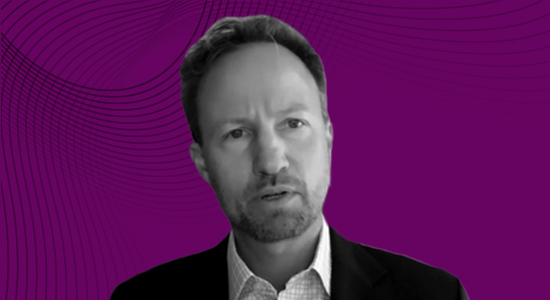 EQT’s €50bn task
EQT expects to have €50 billion of dry powder across all asset classes at some point in 2023: that was one takeaway from chief executive Christian Sinding on the firm’s third-quarter results this morning. The big question, of course, is how it plans to deploy that sum in a period marked by volatility and tightening debt markets. As Sinding himself noted, it’s tough for private equity sponsors to secure more than €2 billion of financing for deals, adding that the size of transactions across various strategies will be “muted” compared to a year ago.

For EQT, the answer to the deployment question may lay in more bolt-on acquisitions, investments in the energy transition space and public-to-privates, among other strategies. “We’re looking at a number of public-to-privates,” Sinding said. “It does take a little bit of time for shareholders and boards to readjust their expectations a bit, and also for the confidence of buyers. That’s why I think you’ll see muted dealmaking for some time going forward.” Sinding remains confident that EQT can construct a similar portfolio in its Fund X (which recently held a €15 billion first close against a €20 billion target) as its 2021-vintage, €15.6 billion predecessor with the debt available, given that its sweet spot lies between €500 million and €1 billion of equity.

“What you won’t probably see – at least in the short term – is something like Galderma, which was a $10 billion deal,” Sinding said, referring to EQT’s 2019 acquisition of Nestlé’s skin health unit. “But the sweet spot where most of our buyouts are… [debt is] still very available, and is what we are focusing on.”

Marking to market
PE’s valuation lag relative to public markets has so far protected LP portfolios from much of the turmoil seen in other asset classes this year. Eventually, however, marks will begin to catch up. Harvard Management Company, for its part, expects major markdowns in private assets by the end of the calendar year, our colleagues at Buyouts report (registration required). In a letter detailing Harvard’s annual results, chief executive N P Narvekar said the $50.9 billion endowment had lost 1.8 percent in value over the last fiscal year as a result of misbalanced portfolios. “This phenomenon does make us cautious about forward-looking returns in private portfolios,” he wrote, adding that private asset valuations should have “meaningful adjustments” as managers audit their portfolios. Back in July, Private Equity International examined three potential implications of portfolio markdowns. Find them here.

Permanent hire
Alaska Permanent Fund has a new PE head. Months after losing its head of alternative investments, Steve Moseley, the sovereign wealth fund has hired Allen Waldrop as PE director, according to his LinkedIn. He joined in October after a two-year stint at Grafine Partners, where he was a managing director, and was previously global head of client operations for alternatives at investment consultant Mercer. Waldrop arrives at a complex time for the institution: like many of its US peers, APFC’s $15.5 billion PE and special opportunities portfolio surpassed its 16 percent asset allocation target to reach 20 percent as of 30 June. Its overallocation, combined with “caution around elevated valuations for private equity transactions”, prompted APFC to reduce its target commitment pacing down to $1.2 billion for the 2023 fiscal year, from the $1.6 billion it sought to deploy this fiscal year.

Greater revenues, shrinkage of earnings
Revenue growth at US mid-market companies was solid over the summer, but earnings have shrunk, according to Golub Capital’s Middle Market Report. The US mid-market saw a revenue increase of 12 percent in July and August, year-on-year, while earnings (EBITDA) declined 2.1 percent over the same period. Mid-market lender Golub released the numbers in mid-October, using the revenues of private US companies in its own loan portfolio as a metric. From this portfolio, Golub produces the Golub Capital Altman Index in collaboration with credit expert Edward I Altman.

Six months ago, Altman warned about margin compression. In a statement accompanying the latest report, he attributed the EBITDA decline to companies’ struggles to “pass rising input costs on to consumers” when the consumers are in turn facing a continual increase in prices for food and gasoline. Altman also said, however, that “across all four of the sectors that we track, companies with the strongest pricing power, like mission-critical business-to-business SaaS [software as a service] companies, are in general keeping up with inflation”.