“When you go up to Capitol Hill and you start negotiating on taxes, there are more lobbyists in this town on taxes than there are members of Congress.” 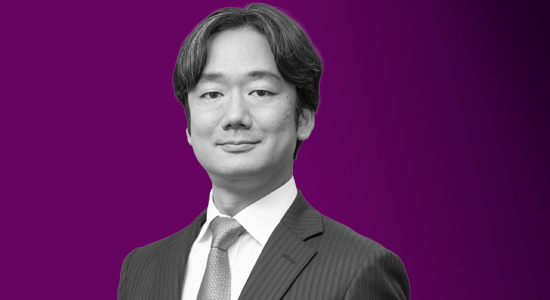 EQT’s Japan post
EQT has appointed a former Japan Post executive to lead its private equity business in Japan. Tetsu Onitsuka joins as a partner from Japan Post Investment Corporation, a ¥100 billion ($899 million; €774 million) buyout firm that invests on behalf of Japan Post Bank, Japan Post Insurance and other institutional investors, per a statement. Prior to JPIC, Onitsuka spent 11 years with TPG, where he served as principal and head of Japan.

He is joined in Tokyo by Masahiko Kato, former deputy general manager in Mitsubishi Corp’s PE and infrastructure division, who has been named head of EQT Infrastructure Japan. EQT opened its Japan office in January and expects to base five or six PE investment professionals in the country, Simon Griffiths, head of PE APAC, told PEI at the time. It comes as the firm seeks around €2 billion for a larger pan-regional PE fund to complement its existing Asian mid-market strategy.

Bain Capital, Carlyle, KKR and Blackstone are also reported to have been hiring in Japan this year amid rising appetites for Japanese companies and LP capital. Heightened interest from overseas has contributed to increased competition in recent years, as we explored in our latest Japan Special Report.

CD&R heads for the checkout
Just five weeks ago we noted that if the private equity industry is to grow even further and expand its investor base to more non-institutional capital, how it manages its public perception will become ever more important. An opportunity to test that in a very public way is now here, with Clayton, Dubilier & Rice emerging victorious in the battle for UK supermarket giant WM Morrison over the weekend. If shareholders approve the £7.1 billion ($9.7 billion; €8.3 billion) offer, the transaction could complete by November. Morrisons, as it is more commonly known, is the second supermarket chain to come into PE ownership this year, following TDR’s purchase of Asda.

Charme-d, I’m sure
Italian mid-market firm Charme Capital Partners has collected €600 million in a first close for its fourth vehicle, Side Letter has learned. Capital was raised almost entirely from existing investors, according to a source with knowledge of the fundraise. The firm began raising capital for Charme IV in the first half of this year with a €750 million target. Charme raised €650 million for its 2015-vintage predecessor, Charme III, which has delivered a 72 percent gross IRR and 4.4x MOIC to date.

Inflexion’s hire
London mid-market firm Inflexion has tapped a former managing director at OMERS Private Equity for its services team, per a Monday statement. Isabelle Pagnotta, who joins as partner, spent nine years at the Canadian pension, where she focused on origination, execution and portfolio management for investments into business services and software across France and the UK. She marks Inflexion’s 18th hire this year, all of whom will be welcome additions for a firm that has completed a whopping 11 deals in 2021 and counting.

Recycling to grow
New Jersey Division of Investments is changing the terms of its relationship with BlackRock to allow it to invest more in PE, document prepared for its regular meeting last week show. The $94.4 billion pension fund is to begin reinvesting returns from a $1.7 billion separate account managed by the asset management giant. Up to now it has been restricted to reinvesting the principal.

The relationship between New Jersey and BlackRock goes back 15 years and involves two separate accounts focused on PE primary and co-investments, according to pension documents. New Jersey committed $250 million to the partnership as recently as September 2020, citing the advantages of BlackRock’s size and the control that co-investing bring over deployment pace and risk management.