“Could they come in and quickly pull the letter back? Yes. Would they? That’s more difficult to know.”

A source tells sister publication Buyouts that a Democratic win at polls could result in a roll-back of the guidance letter that paved the way for individual savers to invest in private equity.

EQT is exploring a long-hold strategy that will back “slightly larger and fewer investments”, chief executive Christian Sinding said on the firm’s third quarter earnings call on Wednesday (full results announcement here). While details of the strategy are still being worked out pending an internal review, Sinding noted investments could be made either through “a normal fund structure or an evergreen fund structure” and must fulfil the firm’s “purpose-driven” mandate. With the announcement, EQT joins peers KKR, CVC Capital Partners and Blackstone that have raised long-dated funds in recent years. Early this month, sovereign wealth fund Mubadala said it will commit $2 billion to a new 25-year strategy run by Silver Lake. 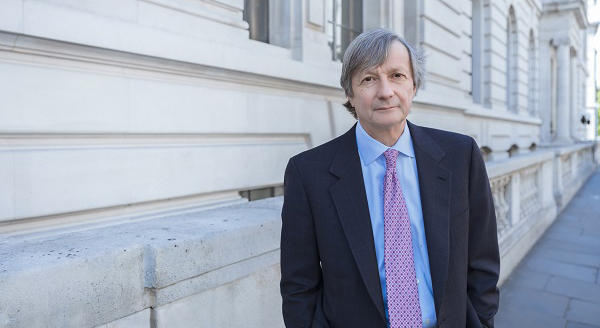 Soundtrack your morning run today with 28 minutes on how the private markets playbook – learned in the global financial crisis – has not applied to the covid crisis: Isobel Markham interviews long-time Hamilton Lane CEO Mario Giannini (pictured above). Says the latter: “Everybody looked at it and went, ‘Okay, I know what’s going to happen: we’re all going to rush into distressed debt, we’re going to make a lot of money in distressed debt, and then credit’s going to be the place to be, and then [it will be] equity six or nine months later’.” That’s not how it turned out.

A cloudier Vista for investors

Are LPs likely to review their relationship with Vista Equity Partners in light of the revelations around Robert Smith’s tax affairs? The message from the PE consultants we canvassed seems to be, ‘we have no idea’.

Many funds over the years have received fines from the US Securities and Exchange Commission while maintaining investor support. Given its outstanding track record, Vista’s LPs will be inclined to back the firm, said one senior London-based LP relationship manager. The criminal nature of the actions admitted to by Smith, however, and the sheer amount of money involved make this situation unprecedented. “Just because someone has a high profile in an organisation, it does not necessarily mean there are implications for a fund or a particular strategy,” he said. “That’s not to say there isn’t reputational risk – there is.”

LPs that choose to act can either sever their current relationship with the GP or refrain from investing in future funds. The former would probably require them to revisit the key person and no-fault-divorce clauses in the LPA and drum up sufficient support to activate them. A less messy option is to sell a position on the secondaries market, though this is not without risk. “There may be investors that prefer to sell but they have to look at the cost of selling,” said one investment diligence managing director based on the East Coast. “Is it going to be at a significant discount? And is that the best way to protect limited partners’ interests going forward?”

French alternative asset manager Tikehau Capital is set to tap retail investors in the UK as it plans to grow its AUM to €35 billion by 2022. Tikehau has expanded its business lines over the years and is in market with at least seven funds including an energy transition fund, an impact lending strategy as well as its first private debt secondaries fund. Private equity firms Blackstone, StepStone Group, Pantheon and Partners Group have all tapped the private wealth market to raise capital for their offerings. StepStone launched its private wealth group Conversus in September last year, while Pantheon expanded outside of the UK and the DACH region when it teamed up with Paris-based Kermony Capital this year.

Leon Black has asked the board of Apollo Global Management to “hire counsel and undertake a thorough review to independently confirm his past descriptions of a professional relationship with Epstein,” reports Bloomberg and other outlets. Last month Black issued a statement to Apollo’s limited partners in response to a media report that dug into his relationship with Jeffrey Epstein (see Side Letter 13 October 2020).

The trend for placement agents going in-house (as noted last week) continues: L Catterton has hired a fundraising executive from Rede Partners to lead its investor relations business in Europe.

Investment consultancy bfinance has added a PE head to its bench. Anna Morrison joins a growing private markets team at the firm, having previously managed a fund of funds programme at IFM Investors, the firm said on Tuesday. Peter Hobbs, managing director of private markets at bfinance said it had experienced “a surge in demand for private equity projects”.

San Francisco Employees’ Retirement System has agreed to commit $147.5 million to private equity funds at its October meeting, according to an investment report from chief investment officer William Coaker.
Other highlights from SFERS’ annual investment plan include:

Today’s letter was prepared by Toby Mitchenall with Rod James and Carmela Mendoza.