“This is how something big starts”

In an interview with CNN, Mark Bezos, managing partner of US mid-market firm HighPost Capital and PE’s first amateur astronaut, recounts his brother Jeff’s pre-flight remarks before the duo’s trip to space earlier this week 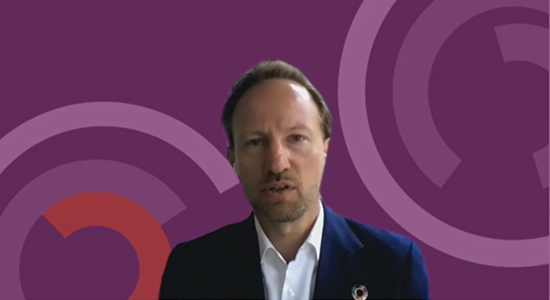 EQT’s H1 highlights
EQT appears to be making hay while the sun shines. Speaking on the firm’s half-year results call this morning, chief executive Christian Sinding said a combination of “very strong dealflow, of exit possibilities through all channels […] and stock markets that are highly valued” had rendered 2021 a particularly good year for private equity.

“I don’t think these kinds of market conditions will continue and therefore you also see us doing a number of deals, a number of exits and investing our funds at the more rapid end of the spectrum,” he said. Here are some other takeaways from the results:

Apax’s (not-so) hard-cap
France’s Apax Partners SAS has closed its latest flagship fund above its €1.4 billion hard-cap, per a statement this morning. Apax Mid-Market X had initially sought €1.2 billion and held a final close on €1.6 billion. The firm collected 90 percent of its initial target pre-covid before postponing the fundraising process until January of this year, chief executive Eddie Misrahi tells Side Letter. About 80 percent of the capital was committed by existing LPs, and more than half of its investors were based in France. The fund is 60 percent larger than its 2016-vintage predecessor, and has made three investments.

KKR’s inflation tips
KKR is relying on pricing power to help weather rising inflation. In its Mid-Year Macro Outlook Report, Henry McVey, the firm’s head of global macro and asset allocation, said input costs are increasing at a faster pace than consumer prices. As such, KKR plans to buy companies that make prices rather than take prices, with the former expected to be re-rated upward and the latter de-rated. Within PE, it favours premium consumer products, industrial distributors, home improvement and specialised staffing companies. Find out how KKR’s peers are gearing up for inflation here.

Emerging managers boost
Unigestion is back in the market with its second fund of funds targeting emerging managers, per a Thursday statement. The Swiss firm is seeking €300 million for Emerging Manager Choice Fund II, which plans to make 12 to 15 investments in spin-outs and sectors specialists, as well as co-investment, secondaries, late primaries and short-duration funds. Its 2018-vintage predecessor collected €137 million.

The New Jersey Division of Investment agreed to commit up to $200 million to TPG Rise Climate Fund at its July investment council meeting, a contact at the pension confirmed to Private Equity International.

The fund, managed by TPG, focuses on opportunities in climate change and carbon reduction. According to meeting documents, the fund is expected to complete between 20 and 30 platform investments in companies with revenues of at least $100 million, requiring an initial equity investment of $150 million to $500 million per platform.

The pension allocates 11.7 percent of its full investment portfolio to private equity. Its recent private equity commitments have focused on investments primarily in Europe and North America.