“I don’t look for perfection on diversity. I look for progress and commitment” 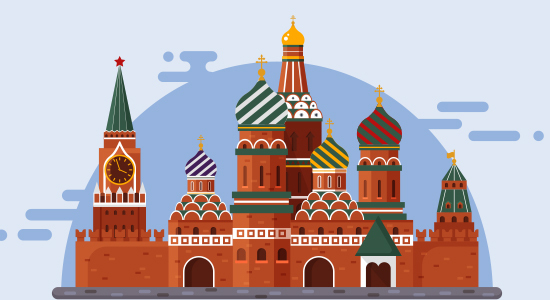 Investors’ new biggest concern
When we asked investors for our annual LP Perspectives Survey at the end of last year what was most likely to impact their portfolios’ performance, a war in Europe did not make the list. To be fair, the option wasn’t included – with such an event being largely unthinkable, or at least not considered as big a threat as extreme market valuations, the coronavirus crisis or rising inflation. This morning’s news that Russia has invaded Ukraine will have investors rethinking their biggest concerns.

As far as Russian PE is concerned, it had already been on the backfoot following the arrest in 2019 and subsequent conviction last year of Baring Vostok Capital Partners founder Michael Calvey and his colleague Philippe Delpal. Those events have compounded the Russian PE market’s reliance on domestic, Chinese and Middle Eastern investor capital.

“The course of events seems far beyond expectations,” one Moscow-based investor tells Side Letter. “I believe PE people are in ‘wait and see’ mode [regarding] where things would stop and what would be the sanctions. Many deals were already in standstill as the sellers were unwilling to adjust and the buyers moved down.”

The international community is expected to launch another, more substantial round of sanctions in response to Thursday’s action. It’s too early to know exactly how portfolios are being impacted, but as one market participant tells Side Letter, volatility is almost always bad for business.

Musicco to PE’s ears
The California Public Employees’ Retirement System’s hiring of Nicole Musicco as CIO is particularly significant for PE thanks to her extensive history in the asset class. Musicco has joined the system from RedBird Capital Partners, where she led the firm’s Canadian business, and previously managed the private markets investment program at the Investment Management Corp of Ontario. Before this was a 16-year stint at Ontario Teachers’ Pension Plan, where she led the private and public equity investment teams.

The move is being viewed by insiders as a signal that CalPERS is “all-in” on PE, writes our colleague Chris Witkowsky at Buyouts. This is no surprise: the system has been public about its plans to grow its PE exposure by billions of dollars over the next few years through funds and co-investments. Late last year, it raised its allocation target to 13 percent of total assets, from 8 percent; the system will also add up to 5 percent debt onto the portfolio for greater spending power in a bid to juice returns.

Musicco’s experience at IMCO could be advantageous given that CalPERS has contemplated moving its private markets operations more in-house – something Musicco helped achieve at IMCO. Bringing on a leader with a history of PE experience is no coincidence, according to Megan White, a spokesperson for CalPERS. “Her PE experience and our investment strategy, which includes increasing the allocation to PE and focusing on increasing co-investments, make her [an] excellent choice for our next CIO.” Read more about who Musicco is here.

Lots ventured, lots gained
The ongoing pandemic does not seem to have translated into diminished appetites for emerging markets venture capital. Activity in markets such as Central and Eastern Europe, Southeast Asia, Latin America and India was unprecedented last year, according to the latest report from the Global Private Capital Association (formerly EMPEA). Here are some key takeaways: