“Most GPs can point to at least one situation where they sold a company to another fund and the second fund achieved higher returns than their fund… [Single-asset deals] are a way for the existing GP and LPs to take advantage of this white space in the secondary and tertiary buyout markets.” 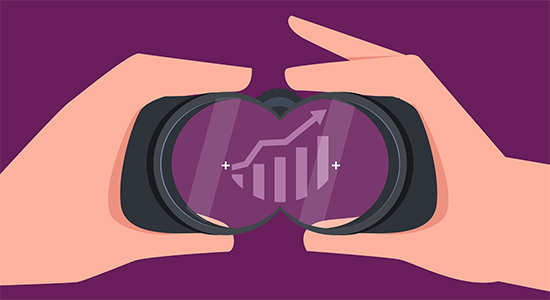 Last week, we discussed Tikehau‘s entry to the European SPAC market. SPAC activity in the region has so far been muted, with only three listed last year for a total of $495 million, per CNBC. One reason is a difference in structure: UK share trading, for example, is suspended between the time a SPAC signs a deal and the final close, meaning SPAC shareholders can’t immediately exit if they don’t like the target.

For Tikehau, the nascence of European SPACs is part of the appeal, co-founder Mathieu Chabran tells Private Equity International. “Is there a bubble in the US [SPAC market]? I don’t know, but that’s not the game we want to play,” he says. “At Tikehau, we like to create, not compete.”

It’s a view others in Europe seem to share, with Klaus Hommels, founder of German VC firm Lakestar; UK PE firm Investindustrial; and French telecoms magnate Xavier Niel, also having launched SPACs in recent months. It may not be long before the region starts to feel a little crowded, which is potentially good news those seeking speedy exits, and unwelcome news for those concerned the strategy is eating away at dealflow.

Word on the (virtual) street is that some GPs are launching new strategies during the pandemic due to the lower opportunity cost and lack of travel expenses incurred when pitching to investors in person. As one LP tells us: “Now they can pitch from the comfort of their living rooms over Zoom.” Had an interesting pitch via webcam? We’d love to hear from you.

As continuation funds become a more familiar part of the PE landscape, some big names are warming to the idea. Although Advent International isn’t quite ready to embrace GP-led secondaries yet, it would “consider them” if it made sense on a particular deal for a single asset, managing partner James Brocklebank tells PEI. The firm has usually held assets for longer via the more traditional rollover co-investment route, a strategy that requires extreme care, as PEI reported last year. Transactions involving continuation vehicles represented 73 percent of the $26 billion of GP-led secondaries volume last year as pandemic uncertainty prompted GPs to keep hold of prized assets.

Chinese private capital CFOs expect to be grilled more frequently over investment performance in future than their global peers. A survey by fund administrator Intertrust found that 80 percent of CFOs in China expect their LPs to require live or daily updates for portfolio performance over the next decade, versus just 64 percent of respondents globally. Only 41 percent of those in China expect similar demands for ESG, compared with 51 percent globally. China’s heightened focus on performance is to be expected, given that its PE market has typically struggled with distributions due to a predilection for minority stakes, as PEI reported last year.

FFP, the €5 billion French investment firm which owns Peugeot and Citroën manufacturer PSA Group, will propose a rebrand to Peugeot Invest at a shareholders meeting next month, per a statement. FFP, which has committed about €771 million to PE funds, owns minority stakes in Tikehau Capital Advisors and growth equity firm IDI, according to its website.

Alaska Permanent Fund has confirmed $280 million-worth of fund commitments across five private equity vehicles, according to a document from its February board meeting.

As illustrated below, APFC devotes 29 percent of its full investment portfolio to alternative assets. The institution has a strong appetite for North American and European buyout funds.

For more information on APFC, as well as more than 5,900 other institutions, check out the PEI database.