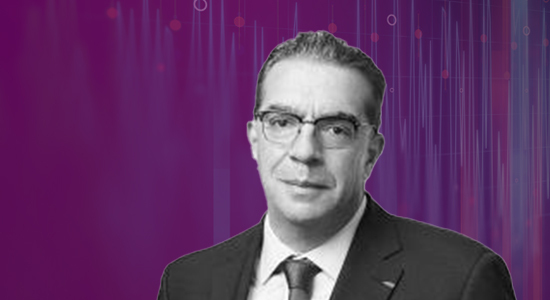 Before we get to Monday’s news, a quick shout-out. There are just a few days left before nominations close for our colleagues at Private Funds CFO’s inaugural ‘New Faces of Finance’ list, which will celebrate the next generation of CFOs, COOs and finance leaders in private funds.

The full list of future leaders will be appear online and in a special edition of PFCFO that is being published to celebrate the 20th anniversary of the CFOs and COOs Forum New York on 18-19 January 2023.

Submit your nomination by Monday 14 November here. To be eligible, nominees should be under the age of 40 on 31 December 2022.

Dark skies over secondaries returns
Secondaries fund returns could be in for a rude awakening as the cost of borrowing increases. That’s according to Vincent Gombault (pictured), the former top Ardian exec who created its fund of funds business. Writing in his latest quarterly newsletter, shared with Side Letter, Gombault warns that the cost of debt for secondaries funds has risen from around 3.2 percent last year to around 7.4 percent as of October, and is expected to hit 9 percent next year. This will of course put pressure on returns.

“Assuming central bank interest rates continue to rise, the cost of debt could exceed the preferred return in 2023,” he warns. “Leading secondary players have completed LP and GP led transactions with third-party leverage representing up to 50-60 percent loan-to-value in the past year, presenting challenges as the increased debt burden, alongside slower repayment as a result of delayed distributions, could present covenant risks.”

In the private equity market, firms including Francisco Partners, Thoma Bravo and Stonepeak Partners have all disclosed acquisitions in recent weeks that use no debt. For secondaries funds – typically enthusiastic users of leverage due in part to the diversified nature of LP portfolios that they acquire – it’s looking increasingly like they’ll be facing an untested investment environment.

VC’s translucent ceiling
Our colleagues at Venture Capital Journal (registration required) are reporting that while female-founded venture capital companies remain relatively rare, they are weathering current market conditions slightly better than their male-founded counterparts. The findings, based on research by PitchBook, include that:

Cutting down on carbon. The Science-Based Targets initiative is set to release an FAQ with additional guidance on decarbonisation targets for private markets firms, according to our colleagues at New Private Markets (registration required).

Aggregating and treating these targets across different asset classes is one of the main challenges that private equity firms highlight, according to Nate Aden, SBTi’s financial sector lead.

EQT, Astorg, Bregal Investments, FSN Capital, Hg, ICG and Investindustrial are among firms that have received or are set to receive SBTi approval for their firms’ and portfolios’ emission reduction targets since the initial guidelines were released last year.